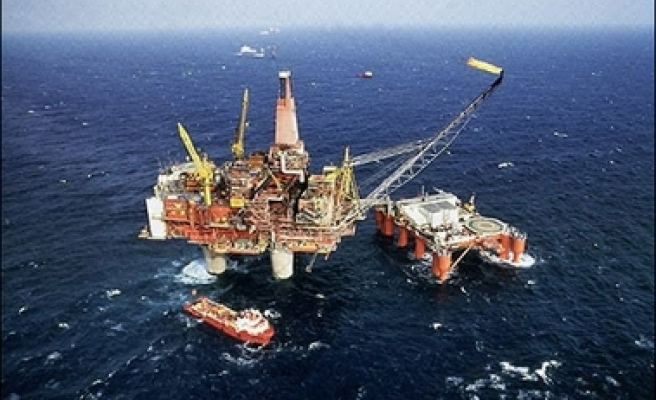 British oil and gas company Tullow Oil last week annonced that it had discovered up to 600 million barrels of oil on the West Cape Three Points block off Ghana's coast.

Of the 2.7 million barrels per day produced in Africa, 2.6 million come from Nigeria alone, according to the continental African Petroleum Producers Association (APPA).

But at the global level, west Africa remains a modest player in the oil sector.

It represents less than a third of the total Africa production, which in itself is less than 12 percent of world production, far behind the Middle East Russia and Brazil.

But with geo-political uncertainties and the emergence of Asian economies such as India and China, any oil reserves make the so-called "black gold" a rare and expensive commodity.

"It is becoming more and more difficult to work in the Middle East. The whole world as a result, is diversifying the supply sources, and the rush is general, in Africa as is everywhere," an expert in the oil sector said in Abidjan.

Between 2004 and 2007, African oil production climbed from seven million barrels per day (bpd) to 9.5 million bpd. And Africa is now the top production area for the French oil giant and world's number four Total.

Nigeria aims at boosting its production to four million bpd in 2010 from the current 2.6 million, but with the violence that has hit its key production zones of the Niger Delta, production had dropped by 25 percent.

Beyond Nigeria, "we see a great potential out there. Equatorial Guinea, Mauritania and others ...are expected to offer growing supplies in the coming years," said David Fife, a petroleum analyst with the International Energy Agency in Paris.

"We see the west African oil production adding one million barrel per day by 2012, so it's quite a significant increase," he said.

Generally speaking, "we see a very strong growth of West Africa's oil supply in the next two to five years. It has been mainly driven by Angola and deep water oil fields in Nigeria."

The potential arouses the interest especially of the United States, which imports more half of its oil needs and expects to pump 25 percent of its requirements from Africa in 2015, up from less than 15 percent it notched in 2003.

Despite its limited refining capacities, competition rages on along the Atlantic coast for African oil.

In Guinea, an American firm Hyperdynamic has found offshore oil.

In nearby Guinea-Bissau where oil deposits were sited in August 2006, an oil exploration deal has been signed with Brazil.

Mauritania started pumping oil in February 2006, under a deal clinched with an Australian firm, Woodside.

Sierra Leone announced this week that in this second most impoverished country in the world that Spanish company Repsol and Australia's Woodside had discovered oil and drilling should start in 2008.

Senegal's Petrosen and the United Arab Emirates' Kampac Oil in September 2005 signed a prospection agreement for offshore oil and gas off the northern Senegalese city of Saint Louis.

In Ivory Coast a litany of investors are busy at work among them European, American, Australian, Russian and Chinese.

But Fife estimates that Ghanaian new found reserves might not be exploited "before five or 10 years."

In Ghana, President John Kufuor is delighted at the discovery, but sceptics fear it could be a "curse" to fuel corruption and unrest.

West Africa remains the most poverty stricken region in the world, with 23 of its countries sitting on the bottom of the UN human development index on poverty. Last Mod: 24 Haziran 2007, 11:37
Add Comment