What If Iran Attacked?

"If you attack Iran you are unleashing a firestorm of reaction internally," said Ranstorp. 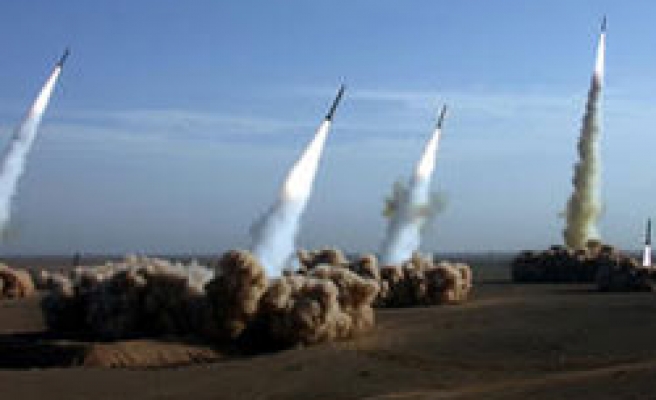 With the Bush administration not ruling out a military action against Iran over its nuclear program and alleged support to armed militias in Iraq, questions are raising about how Tehran would respond to a US strike.

"It's a nightmare scenario for any contingency planner, and I think you really enter the twilight zone if you strike Iran," Magnus Ranstorp at the Center for Asymmetric Threat Studies at the Swedish National Defense College in Stockholm, told The Christian Science Monitor on Friday, June 20.

"If you attack Iran you are unleashing a firestorm of reaction internally that will only strengthen revolutionary forces, and externally in the region."

Analysts believe that Tehran would use its rocket capabilities to strike US forces in the Gulf region.

Tehran, which has an active military manpower of 540,000 – the largest in the Middle East - has warned that it could rain down 11,000 rockets upon "the enemy" within one minute of an attack.

Closer to home, Tehran has honed a swarming tactic, in which small and lightly armed speedboats come at far larger warships from different directions.

A classified US simulation in 2002 showed that the US Navy lost 16 major warships, according to a report in The New York Times last January.

"The sheer numbers involved overloaded their ability, both mentally and electronically, to handle the attack," Lt. Gen. K. Van Riper, a retired Marine Corps officer who commanded the swarming force, told the Times.

"The whole thing was over in five, maybe 10 minutes."

The US has never ruled out a "military action" against Iran over its nuclear program, which Tehran says it aims at generating energy for a growing population.

US officials said Friday that a major Israeli military exercise earlier this month seemed to be a practice for any potential strike against Iran.

"There's a lot of signaling going on at different levels."

Analysts believe that Iran's response to a US or Israeli military strike could be unpredictable.

"One very important issue from a US intelligence perspective, [the Iranian reaction] is probably more unpredictable than the Al Qaeda threat," said Ranstorp.

He said Iranian revenge attacks in the past have been marked by "plausible deniability" and have had global reach.

"I doubt very much our ability to manage some of the consequences."

Analysts say that Iran's response could also be global based on the magnitude of the US strike.

"Iran's capacity for terror and subversion remains one of its most potent levers in the event of a confrontation with the United States," warned a report on the consequences of attacking Iran Patrick Clawson and Michael Eisenstadt of The Washington Institute for Near East Policy.

If "US and world opinion were so angered by the strikes that they refused to support further pressure against Iran's nuclear ambitions, then prevention could paradoxically [eventually ensure] Iran's open pursuit of nuclear weapons."