While Turkey is losing its charisma…

Turkey has been discussing "nightmare scenarios" for several days. 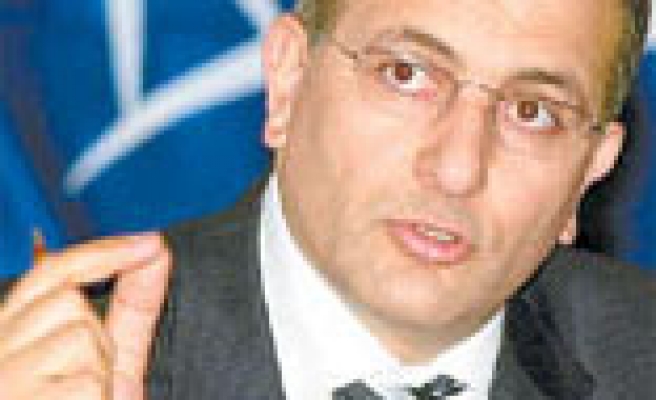 Turkey has been discussing “nightmare scenarios” for several days. These troubling “scenarios” discussed at a Washington-based think tank sparked widespread public reaction across Turkey. Shocking claims involving a bomb blast killing 50 people in İstanbul, an assassination plot against the chief judge of the Constitutional Court and a cross-border operation in northern Iraq sent chills throughout the country.

Given that think tanks organize these types of meetings and often discuss possible scenarios, we could say the issue is being exaggerated in Turkey. But the reason this issue has attracted so much public attention and remains on the agenda is beyond these think tanks and their scenarios.

Unfortunately events in Turkey during recent years have put the public on a path that accepts conspiracy theories, and this is what makes people nervous. Unimaginable events can take place in this country and nobody can say anything against it.

Take a look at some of the developments of the past few years. Criminal gangs have been discovered all across the country -- from Sauna to Bursa, the Eryaman gang to the Şemdinli event. The structural organization of each gang proved to be the same and two more such gangs were discovered this week. Authorities seized identification cards of the gendarmerie intelligence unit believed to have been passed on by retired Gen. Veli Küçük and members of the Park gang, formed by old Susurluk gang members. Authorities also found TNT, detonators and firearms in a home in Ümraniye. After a retired noncommissioned officer was arrested, a retired lieutenant was also arrested. One of those taken into custody was also believed to be associated with the Council of State attack. After the attack on the council by Alpaslan Aslan, different organizational connections were revealed within groups known as “nationalist.”

There is a long list of odd events in Turkey. It is almost as though a magic wand has cast a spell and nothing can follow a normal course. The same constitution that elected all three presidents -- Özal, Demirel and Sezer -- was interpreted differently for Abdullah Gül, causing both the judiciary and Parliament to suffer a serious blow.

Although it was very clear three days before the decision was revealed that the Constitutional Court would approve the Republican People’s Party (CHP) application on the 367 quorum, the General Staff still posted a memorandum on its official Web site. The memorandum sparked not only national but also international reactions. The understanding of democracy in Turkey is under speculation while politics, the military, the judiciary and the image of the country are suffering deep wounds.

When a general election became inevitable, rumors spread like wildfire. Then there was a bomb explosion in Ankara. Some officials said terrorism would continue and it did. Members of the outlawed Kurdistan Workers’ Party (PKK) began plotting attacks at with great haste and martyrs’ funerals were turned into platforms for political campaigns.

More can be added to this terrible and terrifying picture. It is at this point some might say: “So why does the discussion at the Hudson Institute disturb you so much? What Turkey has experienced is not all that far from these scenarios.” And that’s the truth. Allow yourself to close your ears to all that is being said and just look at Turkey from the outside. How does this country appear? If the image you see is a country that discusses e-memorandums, the judicial intervention in politics and heated regime debates 24/7, do you think it would be wrong to get mad at someone who writes that “there is a 50 percent chance of a military coup in Turkey”? ıÜüDo you also think that it would be just to lay blame on Yasemin Çongar, Milliyet’s Washington correspondent, who was recently classified as a pro-army journalist in a draft memorandum prepared by the General Staff?

If the world is creating nightmare scenarios about this country it is because of the image Turkey is showing to the world. This country does not deserve this image. Take a look at some of the real facts. Remembering Turkey -- a country that has taken important steps towards democratization and achieved a certain level of economic stability with record-breaking privatization and export figures -- for coups and interventions is very upsetting, yet understandable. A group of narrow-minded people might want to drag Turkey on a new adventure, but the government, the opposition, active and retired officers, and leftist and rightist press members must not allow them to. Otherwise Turkey will lose its charisma and respect in the world. Institutions and organizations won’t be able to protect their prestige in a country that is losing altitude.
Last Mod: 21 Haziran 2007, 12:05
Add Comment