Who is Abdullah Gul?

Mr Gul in his politcal career known as a democratic and modern leader highly appreciated in the European countries with his humanly, intellectual, and experienced manners. 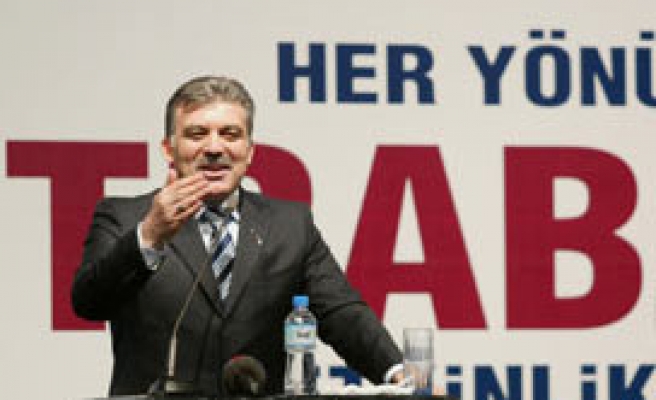 Abdullah Gul was born in Kayseri in 1950. Graduated from Istanbul University with B.A. degree in economics in 1971. Received Ph.D. degree from the same university in 1983. During his graduate studies attended programs in Exter and London .

Participated in the foundation of Sakarya University Industrial Engineering Department. Taught economics courses between 1980-1983. From 1983 to 1991 worked at Islamic Development Bank, Jeddah, as economist. Became Associate Professor on International Economics in 1991.

In August 2001, became the Founding Board Member of the Justice and Development Party (AK Party). He was appointed as the new Turkish Prime Minister by President Ahmet Necdet Sezer on 16 November 2002. His 25-member cabinet was sworn in on 19 November. The new government won a confidence vote in the Turkish parliament (TBMM) on 28 November.

After the end of political ban of Tayyip Erdogan, he stepped down from the seat of Prime Minister. Currently, Minister of Foreign Affairs, the Member of Parliament, the Deputy Chairman of the AK Party in charge of Political and Juridical Affairs and member of the NATO Parliamentary Assembly.

Mr Gul in his politcal career known as a democratic and modern leader highly appreciated in the European countries with his humanly, intellectual, and experienced manners. Also his candidacy to the presidency is welcomed by the politicans all over the world.

Mr Gul known as a man of peace at home and peace in the world is married with three children.