White House spokeswoman Dana Perino expects Bush and Putin will sign a "strategic" agreement that would guide their successors. 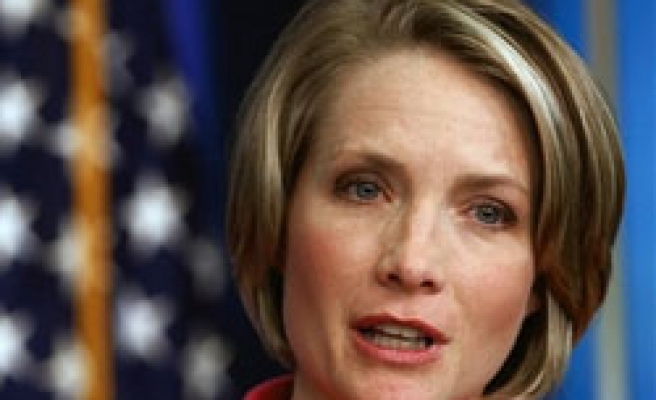 Talks between U.S. President George W. Bush and Russian President Vladimir Putin are expected to head in the "right direction" and lead to the signing of a "strategic framework," the White House said on Saturday.

White House spokeswoman Dana Perino told reporters traveling with Bush on Air Force One that "no one has said everything would be finalized" on a missile defense agreement when the two leaders meet in Russia on Saturday. "But we think the dialogue is headed in the right direction and that this meeting will be able to push that along even further."

Perino said she expected Bush and Putin to sign a "strategic framework" agreement that would guide their successors. "I think it will be broad," she said.

Fresh from a Bucharest summit of NATO leaders where the American president was the ostensible first among equals but Putin signed autographs and spoke as an honored guest, Bush and Putin will meet at the Russian leader's Black Sea dacha in Sochi.

Disputes over NATO enlargement, the fledgling Balkan republic of Kosovo and a U.S. missile defense project to be built in eastern Europe have driven U.S.-Russian ties to what many analysts consider a post-Cold War low, although trade has been unaffected.

Over the course of seven years and more than 20 meetings the Bush-Putin relationship has moved from one in which Bush said he looked into Putin's soul and trusted him, to a wary rivalry between assertive leaders with often diametrically opposed policies.

Both men now seem to want to patch things up as part of legacy-polishing before they leave office. Putin steps down as Russian president next month, although he will become prime minister; Bush's term, overshadowed by the Iraq war, ends in January 2009.