Why Hilton released being debated

The judge who sent Paris Hilton to jail called a hearing for Friday on why the hotel heiress was released early and placed under house arrest in a move swiftly challenged by prosecutors and local politicians. 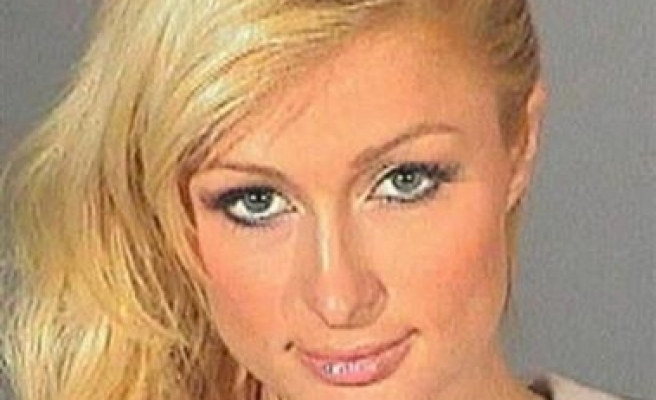 The judge who sent Paris Hilton to jail called a hearing for Friday on why the hotel heiress was released early and placed under house arrest in a move swiftly challenged by prosecutors and local politicians.

Hilton, 26, a symbol of privilege and the excesses of America’s celebrity culture, was released by the Los Angeles County Sheriff’s Department for unspecified health reasons Thursday after serving just three full days of her original 45-day sentence.

Hilton, whose term the sheriff already had reduced to 23 days citing state sentencing guidelines, was fitted with an electronic ankle bracelet to track her movements and ordered confined to her lavish home in the Hollywood Hills for the next 40 days.

Sheriff’s spokesman Steve Whitmore said her “reassignment” from an 8-by-12-foot cell to house arrest was carried out after ”extensive consultations” with doctors at the jail and others, including the sentencing judge.

But a court spokesman said the decision was made without the approval of Judge Michael Sauer, who later set a hearing on a request by prosecutors to send Hilton back to jail for the remainder of her sentence.

City Attorney Rocky Delgadillo, whose office prosecuted Hilton for the drunken-driving case and probation violation that landed her in jail, said he was not advised of plans to release Hilton early.

Suggesting “the judicial process may have been improperly circumvented,” he sought a court order holding the sheriff’s department in contempt for violating the judge’s sentencing order, which expressly barred electronic monitoring of Hilton.

Whitmore in turn accused Delgadillo of engaging in a “press stunt” and said the sheriff’s department would “respond accordingly in court.” He declined to reveal the health issues involved.

The syndicated television show “Entertainment Tonight,” citing sources close to Hilton’s family, said on its Web site that Hilton had developed a rash, while celebrity Web site TMZ.com said her problem was psychological.

TMZ cited unidentified law enforcement sources as saying a psychiatrist who visited her in jail on Wednesday found she was in danger of suffering a nervous breakdown.

Bob Taylor, the county’s chief probation officer, told Reuters the sheriff “certainly has the authority” to arrange house arrest for an inmate “when he’s concerned about the safety or security of anybody in his custody.”

Hilton was ordered to attend Friday’s hearing, with the sheriff’s department directed to bring her there, a spokesman for Delgadillo told Reuters.

At least three of the five-member county Board of Supervisors also challenged Hilton’s early release. One, Yvonne Burke, called for an investigation. Another, Mike Antonovich, criticized the sheriff for “a mockery of due process.”

“You’re dealing with a spoiled brat, acting out to get her way instead of serving her time as was adjudicated by the courts,” he said.

Hilton herself issued a statement hours after her release thanking the jail staff for “treating me fairly and professionally.” She added, “I have learned a great deal from this ordeal and hope others have learned from my mistakes.”

Hilton, star of the reality TV show “The Simple Life,” turned herself in to begin her jail term on Sunday night, hours after attending a televised awards show where she was the butt of comedians’ jokes.

Some radio talk show hosts seized on Hilton’s early release as proof of preferential treatment based on her celebrity status, a point of view echoed by the head of the union representing county sheriff’s deputies.

Sharpton said Hilton’s home confinement “gives all of the appearances of economic and racial favoritism that is constantly cited by poor people and people of color.”

But civil liberties lawyer E. Christopher Murray said her original 45-day jail term was “an example of a celebrity being treated more harshly than an average person.”

Santa Monica-based criminal defense lawyer Steve Cron said he believed Hilton’s jail sentence was fair, adding that she was typical of many Los Angeles County inmates who end up serving a fraction of their time for various reasons.

“But it sure looks like she’s getting preferential treatment,” Cron said. “The appearance, which is often more important than the reality, is real negative.”

Taylor, whose office oversees Hilton’s house arrest, said her ankle bracelet emits a radio signal that alerts authorities if she strays further than 100 feet from an electronic receiver plugged into a telephone in her home.

He said Hilton may not leave that 100-foot zone except for extraordinary circumstances, such as court appearances or doctor’s appointments, and only then with advance permission from probation officers. Otherwise, her actions are not restricted and she may have visitors at any time, he said.

By coincidence, a judge on Thursday postponed until June 21 a pretrial hearing for Hilton’s “Simple Life” co-star, fellow ”celebutante” Nicole Richie, who faces possible jail time if convicted of charges she drove under the influence of drugs.

Hilton was arrested on charges of drunken driving in September. In January, she pleaded no contest — the equivalent of a guilty plea — to a reduced charge of alcohol-related reckless driving. She was sentenced to three years’ probation and had her license suspended.

But she was caught driving on a suspended license in February, when police stopped her for speeding and with her headlights off at night. Judge Sauer in May rejected Hilton’s defense that she had been misinformed by her publicist about her license status, and he ruled that her latest infraction constituted a probation violation.

Hilton had been housed in a special unit for celebrities and high-profile inmates at the Century Regional Detention Facility in Lynwood, about 15 miles from Los Angeles.

She had been incarcerated alone in her cell, an enclosure 8 feet wide, 12 feet deep and 8 feet high, equipped with two bunks, a sink, a small table, a slit window and a metal toilet.