Wild fires likely to spread due to global warming

Wild fires are likely to be bigger, more frequent and burn for longer as the world gets hotter, in turn speeding up global warming to create a dangerous vicious circle, scientists say. 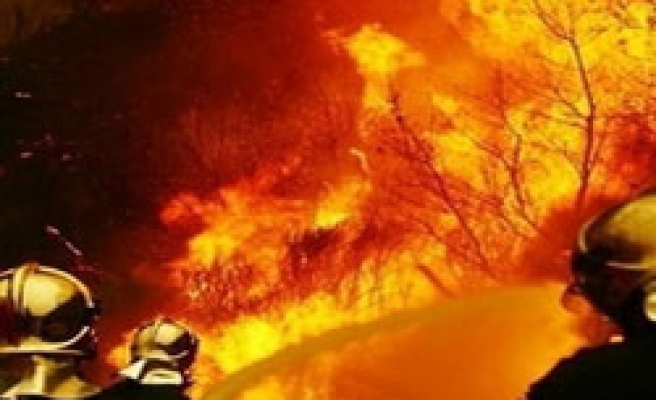 The process is being studied as part of work to develop a detailed map of global fire patterns which will be used with climate models to predict future fire trends.

The scientists told a geoscience conference in Vienna they already predict fires will increase and could spread to previously fire-free parts of the world as the climate changes.

"An increase in fire may be the greatest early impact of climate change on forests," Brian Amiro from the University of Manitoba said late on Wednesday.

"Our forests are more likely to become a victim of climate change than a saviour," he added.

"Fire avoids environmental extremes, like the deserts, tundra and rainforests," said Max Moritz from the University of California, Berkley.

"But there are some predictions which show there could be fires in deserts and there are worries they may occur in tropical rainforests if they were drier," he said.

Forests are natural carbon stores, some built up over millions of years, but as they burn they release the carbon quickly in the form of carbon dioxide.

Scientists already estimate that Canadian wild fires will double in area by the end of the century and that the fire season will be longer.