A wildfire burning north of Athens has destroyed more than 1,000 hectares of pine and fir forests, fire officials estimated Friday. 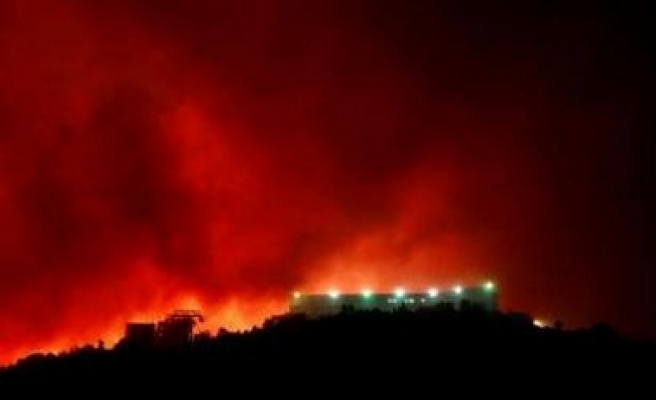 A wildfire burning north of Athens has destroyed more than 1,000 hectares of pine and fir forests, fire officials estimated Friday.

Numerous animals have perished in the inferno burning on Mount Parnitha as the government has declared a state of emergency in the Athens area, state-run Greek radio reported.

The Greek capital was cloaked Friday morning in a red-yellow cloud of smoke, and ashes rained down on large parts of the city.

Aircraft were dispatched at first light to battle the flames. Among the planes helping in the operations were craft from Italy and France, and planes from Spain and Portugal were also being dispatched, state-run radio said.

Parnitha is known as the lungs of Athens because it is the largest greenspace near the city of 4 million people. Mayors in the region have accused land speculators of starting the fire.

Wildfires were also raging in central Greece. Firefighters said Thursday that 130 wildfires were burning in the country in the wake of a six-day heat wave that drove temperatures up to 45 degrees.