World Bank President Paul Wolfowitz will defend his handling of a promotion and pay increase for his girlfriend on Monday to a special panel, whose investigation will ultimately determine if he wins his fight to stay on as head of the development institut 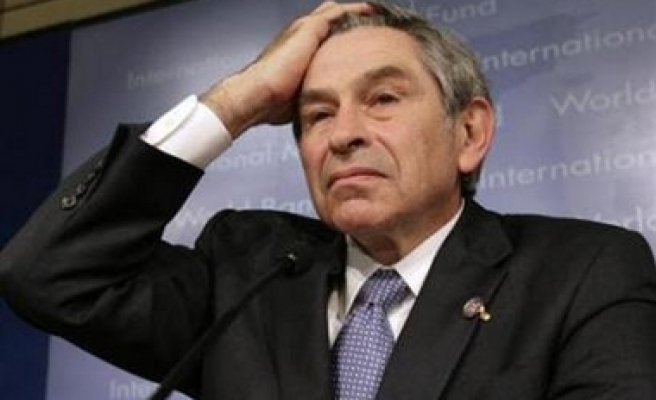 World Bank President Paul Wolfowitz will defend his handling of a promotion and pay increase for his girlfriend on Monday to a special panel, whose investigation will ultimately determine if he wins his fight to stay on as head of the development institution.

Wolfowitz and his girlfriend, Shaha Riza, will make a full presentation to the panel, made up of representatives of the bank's board of member countries, at separate appearances where they will outline events that eventually saw Riza promoted with a salary increase, and moved to an outside job at the State Department.

The former No. 2 Pentagon official and one of the main planners of the Iraq war, Wolfowitz has already apologized for the way he handled the promotion that has prompted calls by staff and some member countries for him to step down to save the credibility of the poverty-fighting institution.

Last week, Wolfowitz complained he was being treated "shabbily and unfairly without regard to appropriate process" when the panel turned down a request by his lawyer, Robert Bennett, to represent his client's case.

A gender specialist and former senior communications office in the bank's Middle East Department, Riza said in a letter to the board earlier this month she has been "victimized" by the uproar over her promotion and a related transfer to the State Department, which she said was forced to take because of her relationship with Wolfowitz.

Sources close to the decision-making process and spoke on condition of anonymity told Reuters the panel would focus on whether Wolfowitz worsened potential conflict of interest issues when he "pressured" a bank vice president into giving Riza the promotion and pay raise.

Wolfowitz goes before the panel with the blessing of President George W Bush who nominated him for the World Bank job in early 2005.

Still, most European countries -- who make up a power bloc of World Bank donors -- have voiced concern over Wolfowitz's continued leadership and said the bank's reputation and credibility has to be protected.
Last Mod: 30 Nisan 2007, 18:50
Add Comment