Paul Wolfowitz has said he will resign as World Bank president at the end of June, ending a protracted battle over his leadership sparked by a promotion he arranged for his girlfriend. 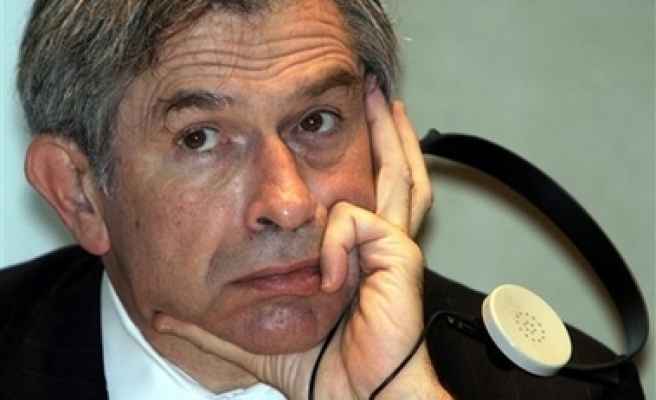 Paul Wolfowitz has said he will resign as World Bank president at the end of June, ending a protracted battle over his leadership sparked by a promotion he arranged for his girlfriend.

The bank's board said it accepted that Wolfowitz had acted "in good faith" and acknowledged that "a number of mistakes were made by a number of individuals".

"He assured us that he acted ethically and in good faith ... and we accept that," it said.

The board said it was "grateful to Mr Wolfowitz for his service at the bank", adding that "much has been achieved in the last two years" – a move condemned by the bank's staff association.

Wolfowitz, 63, said he was pleased the board "accepted my assurance that I acted ... in what I believed were the best interests of the institution, including protecting the rights of a valued staff member".

Now, he said, it was in the best interest of the board that its mission "be carried forward under new leadership".

His departure was all but forced, however, by the finding of a special bank panel that he violated conflict-of-interest rules in his handling of the 2005 pay package of his girlfriend, bank employee Shaha Riza.

European members led by France, Germany and the Netherlands had said Wolfowitz should step down to salvage the bank's credibility.

Wolfowitz said he acted on the advice of a board ethics committee and wanted it to acknowledge its own failures.

The board said it was clear that "a number of mistakes were made by a number of individuals in handling the matter under consideration" and that there was a "need to review the governance framework of the World Bank Group, including the role as well as procedural and other aspects of the ethics committee".

The board's statement made no mention of any financial arrangements related to Wolfowitz's departure, nor did it speak to Riza's future.

But under a contract he signed in June 2005 when he became World Bank president, Wolfowitz would receive a year's salary, or around $375,000, if he resigned.

The board said it would start the nomination process for a new president immediately.

The White House said George Bush, the US president, would quickly announce a new candidate to head the institution.

"We would have preferred that he stay at the bank, but the president reluctantly accepts his decision," it said.

Wolfowitz's resignation ends a tumultuous two years at the bank where he was dogged by his legacy as an architect of the Iraq war, despite focusing attention on Africa's needs and launching a controversial campaign against corruption.

Pressure for him to resign intensified on Wednesday as European countries signalled they would resist a bid by the Bush administration to keep Wolfowitz in the job.

The US had tried to a cut a deal that would have separated consideration of his ethics violations from a decision over whether he had the credibility to continue, but only Japan out of the G7 countries sided with Washington. Last Mod: 18 Mayıs 2007, 09:47
Add Comment