Embattled World Bank President Paul Wolfowitz is negotiating an agreement to resign, according to an official familiar with the talks. 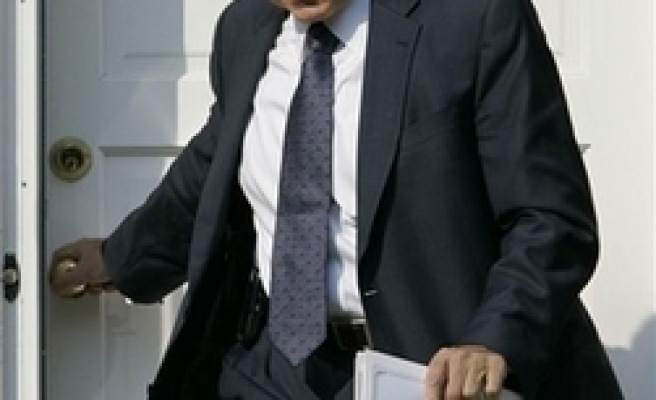 Embattled World Bank President Paul Wolfowitz is negotiating an agreement to resign, according to an official familiar with the talks.

His departure would include an acknowledgment from the bank that he doesn't bear sole responsibility for the controversy surrounding a generous pay package for his girlfriend, the official said.

The negotiations were taking place as the bank's board resumed deliberations over
Wolfowitz's fate Wednesday afternoon.

The official said Wolfowitz wanted the bank to accept some responsibility for conflicts of interest cited against him by a special bank panel. The official spoke on condition of anonymity because of the delicate state of the negotiations.

It was not clear whether the bank's 24-member board would accept Wolfowitz's terms.

Pressure on Wolfowitz to resign has grown since a bank panel report, released Monday, found that he broke conflict-of-interest rules in his handling of the 2005 pay package of bank employee Shaha Riza.

Wolfowitz has maintained that he acted in good faith.

The bank panel said the board must consider whether Wolfowitz "will be able to provide the leadership" to ensure that the bank achieves its mission of fighting poverty around the world.

The White House, which picked Wolfowitz for the post, indicated for the first time on Tuesday that it was willing to consider new leadership for the bank.

By tradition, the World Bank has been run by an American, with the approval of the bank's board. The bank's sister agency, the International Monetary Fund, is headed by a European.

Wolfowitz canceled a planned trip to a bank-sponsored development conference in Bled, Slovenia, on Thursday and Friday to work with the board.

In a last ditch plea to save his job, Wolfowitz appeared before the board on Tuesday. "You still have the opportunity to avoid long-term damage by resolving this matter in a fair and equitable way that recognizes that we all tried to do the right thing, however imperfectly we went about it," he told the board.

Riza worked for the bank before Wolfowitz took over as president in June 2005. She was moved to the State Department to avoid a conflict of interest, but stayed on the bank's payroll. Her salary went from close to $133,000 to $180,000. With subsequent raises, it eventually rose to $193,590. The panel concluded that the salary increase Riza received "at Mr. Wolfowitz's direction was in excess of the range" allowed under bank rules.

Before taking over the bank nearly two years ago, Wolfowitz was the No. 2 official at the
Pentagon and played a lead role in mapping out the U.S.-led war in
Iraq.

European members are pushing for Wolfowitz to resign. The United States is the bank's largest shareholder, so his nomination by Bush was approved by the bank's board even though Europeans didn't like him because of his role in the Iraq war. Last Mod: 17 Mayıs 2007, 00:29
Add Comment