Woman, 95, to be oldest college graduate

When 95-year-old Nola Ochs graduates next month, she will be the world's oldest college graduate. Ochs will break the record, according to Guinness World Records. 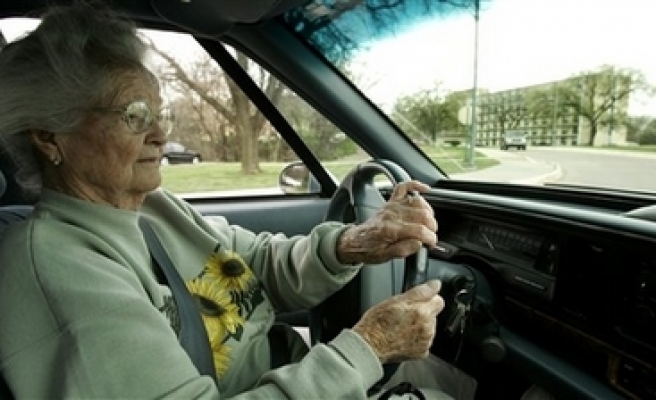 When 95-year-old Nola Ochs graduates next month, she will be the world's oldest college graduate. The record Ochs will break, according to Guinness World Records, belongs to Mozelle Richardson, who at age 90 in 2004 received a journalism degree from the University of Oklahoma.

On Thursday, the Kansas Legislature honored Ochs with praise and standing ovations.

Ochs did not plan to break records. She started taking classes at a community college after her husband of 39 years, Vernon, died in 1972. A class here and there over the years, and she was close to having enough hours for an undergraduate degree.

Last fall, Ochs moved the 100 miles from her farm to an apartment at Fort Hays State University to complete the final 30 hours to get a general studies degree with an emphasis on history.

An added joy for Ochs is that her 21-year-old granddaughter, Alexandra Ochs, will graduate with her.

"How many people my age have a chance to hang out with their grandmothers? She's really accepted by the other students," Alexandra said. "They enjoy her, but probably not as much as I do."

With her white hair pulled into a bun, Nola Ochs walks purposely down hallways to classes with her books in a cloth tote bag. Students nod and smile; she is described as witty, charming and down to earth.

"Everybody has accepted me, and I feel just like another student," she said. "The students respect me."

She added: "I don't dwell on my age. It might limit what I can do. As long as I have my mind and health, it's just a number."

Todd Leahy, history department chairman, wondered at first if Ochs could keep up with the other students. After her second week, all doubts were gone. Now he wants to record oral histories with her after she graduates.

"I can tell them about it, but to have Nola in class adds a dynamic that can't be topped," Leahy said. "It's a firsthand perspective you seldom get."

For instance, Ochs offered recollections of the 1930s Dust Bowl — skies so dark that lamps were lit during the day, and wet sheets placed over windows to keep out dust that sounded like pelting sleet hitting the house.

"We should all be so lucky and do such amazing things. Her achievement challenges us all to reach for our own goals and dreams," said Tom Nelson, chief operating officer of the American Association of Retired Persons.

Ochs is proudest of being the matriarch of a family that includes three sons — a fourth died in 1995 — along with 13 grandchildren and 15 great grandchildren.

After graduation, Ochs might travel or take some more classes at a community college. And after that, "I'm going to seek employment on a cruise ship as a storyteller," she said, smiling.