In Turkey women are becoming more enthusiastic over becoming parliamentary candidates, and almost all the political parties are trying to do something toward positive discrimination for women. 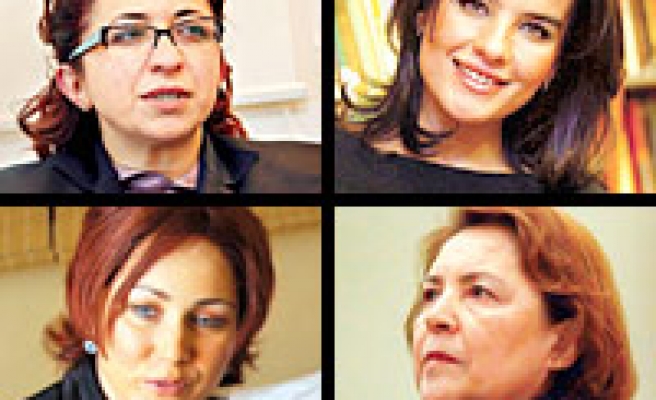 In Turkey women are becoming more enthusiastic over becoming parliamentary candidates, and almost all the political parties are trying to do something toward positive discrimination for women.

However, it is still unclear whether those women will make the top of the candidate lists and thus stand a chance of entering Parliament.

Turkey is one of the countries in which the number of the women deputies is very low -- just 4.4 percent of Parliament. Seyhan Ekşioğlu, chairwoman of the Association for Education and Supporting Women Candidates (KA-DER), said that their organization has a telephone hotline for women candidates. She pointed out that at the previous elections they gave also consultation services to female candidates, but that "women are more enthusiastic" in the face of the coming general elections.

"Before the previous general elections women were calling us and asking us how they could become candidates. We are getting more phone calls this time, but the question has changed. The women who are calling us are usually the ones who have prepared their [candidate] files but want to know how they get to the top of [their party's candidate] list."

The Turkish election system is based on constituencies, but these are very extensive areas geographically and may often be represented by more than one deputy. Thus the parties nominate their candidates according to the number of the deputies that the constituency will send to Parliament, with the candidates on the top of the lists having a greater chance of being elected.

Ekşioğlu points out that despite the enthusiasm among women to be elected, it is still not certain if the parties will put them on the top of their lists. She also noted that for years women's organizations have been asking for legal amendments to allow parties to implement a gender quota. "The Parliament made radical constitutional amendments, but they did nothing for positive discrimination. Once again they considered women not to exist," she said.

Meanwhile parties have started to accept applications for candidates, with many exercising positive discrimination. For example The Motherland Party (ANAVATAN) is not taking any fee from women candidates, nor is the Grand Unity Party (BBP) -- the latter is also suspending the fee for the disabled. The True Path Party (DYP) is asking for a YTL 2,000 fee from male candidates, but has reduced this figure to YTL 500 for women. Meanwhile the fees demanded by the Democratic Left Party (DSP) are YTL 1,000 from male candidates, but just half that for women.

Although the Republican People’s Party (CHP), Justice and Development Party (AK Party) and the Nationalist Movement Party (MHP) have declared that they welcome and support women candidates, they are not making any positive discrimination in terms of reduced fees or applying quotas. In terms of quotas, only the Democratic Society Party (DTP) has declared one; 40 percent of its candidate list will be female. The DTP candidates will however be participating in the elections with independent candidates so as to circumvent the 10 percent election threshold.

The AK Party is not implementing a gender quota, but PM Recep Tayyip Erdoğan has frequently given assurances that it will increase its numbers of women candidates. The party’s aim is to have around 30 women deputies this time. Its strong female candidates include Women’s Branch Chairwomen Selma Kavaf and Deputy Chairwoman Edibe Sözen.

Sözen said that although the AK Party’s number of the women deputies is not high, there are women in all the levels of party. She also pointed out that in general women are now more interested in politics than they have been before. “They want to represent themselves -- it is not just a willingness to participate in politics.”

The CHP is not implementing any positive discrimination for women. While explaining the reason they offer no discount in application fee to women candidates Deputy Chairman Mehmet Sevigen said, “This is a serious business and there are poor men also.” He added: “Women make up one-third of our party administration. We will have the same in the next parliament, but let’s see the applications first.”

The head of the women’s branch of the DYP, Ayşe Şaylı, said that since women are not involved in politics Turkey works with “half a brain.” She urged all women to participate in politics -- and to vote.

Women candidates from all parties

All women deputies currently serving in Parliament will be seeking office once again. Apart from these incumbents, the AK Party is seeking women candidates from among its local party organizations, especially in İstanbul. The CHP has suggested candidacy to Necla Arat and Türkan Saylan, who were key speakers at the recent Republican Rallies in Ankara and Istanbul. Film star Şehnaz Çakıralp is also a candidate from the CHP. Former Prime Ministry Undersecretary Füsun Koroğlu will run for office with the MHP, while Nevval Sevindi and singer Şebnem Kısaparmak will stand with the DP. Former DEP deputy Leya Zana will be an independent candidate but run for the DTP.