Taj Mahal, the world famous white-marbled monument of love, is fast losing its sheen due to pollution, a parliamentary committee report has said. 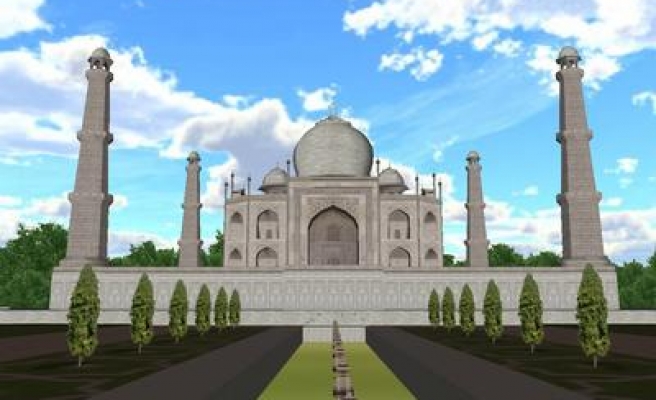 Taj Mahal, the world famous white-marbled monument of love, is fast losing its sheen due to pollution, a parliamentary committee report has said.

The Committee, headed by Rajya Sabha MP Sitaram Yechury, recommended that caution should be taken to retain the original glory of the Taj which is turning yellow day by day.

"The Committee expresses its concern that Taj Mahal, the world famous monument at Agra is becoming yellowish due to deposition of suspended particulate matter (SPM)," its report which was tabled in Parliament, said.

It recommended that the Archaeological Survey of India (ASI) while undertaking any conservation activity at Taj Mahal take abundant cautions to retain the original glory of the shimmering white marble used in this.

The Air Pollution Monitoring Laboratory at Agra, has found that the level of air pollutants -- Sulphur-di-oxide and Nitrus Oxide gases -- are generally at permissible limits whereas the suspended particulate matter is always at a very high level except during the rainy season, it said.

The laboratory is continuously monitoring the ambient air quality in and around Taj Mahal to study the possible impact of air pollutant on the monument and to formulate conservation measures accordingly.

"The deposition of SPM on the shimmering white marble of the Taj Mahal imparts yellow tinge to the marble surface," the report said.

"To restore the pristine glory of the Taj Mahal, as a conservation measure, the clay pack treatment which is non-corrosive and non- abrasive is carried out for the removal of the acretionary deposits," the Committee said. Last Mod: 14 Mayıs 2007, 19:24
Add Comment