The US president and the British prime minister have phoned Nicolas Sarkozy to offer their congratulations for his victory in the French presidential election. 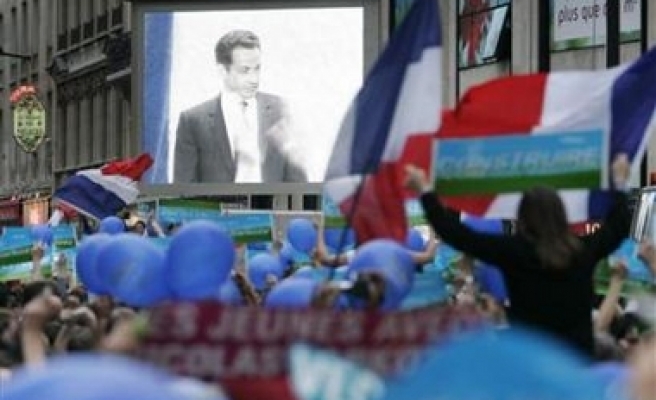 The US president and the British prime minister have phoned Nicolas Sarkozy to offer their congratulations for his victory in the French presidential election.

George Bush spoke to Sarkozy - a staunch Washington ally who promised in a victory speech that the US could "count on our friendship" - to congratulate him, a White House spokesman said.

Gordon Johndroe, spokesman for the National Security Council, said in Washington: "The United States and France are historic allies and partners. President Bush looks forward to working with President-elect Sarkozy as we continue our strong alliance."

Merkel wished Sarkozy "much luck and success" in a statement, adding that his ascent to the presidency comes at a key time for Europe as it struggles with tough economic reforms and decisions on how it will be run in the years to come.

"In what is one of the crucial phases for Europe, it is important to continue the close, trusting and intensive cooperation between Germany and France."

Wilhelm Molterer, Austria's finance minister and vice chancellor hailed Sarkozy's win: "With his clear victory, Sarkozy has a basis for accomplishing the big tasks he faces as France's future president."

In Jerusalem, the Israeli vice premier Shimon Peres called Sarkozy a "friend of Israel," and welcomed Sarkozy's fresh appeal for peace in the Middle East during his victory speech.

During his speech Sunday, Sarkozy appealed for all warring parties in the Middle East to "overcome hate" and called for the creation of a "Mediterranean Union" modelled after the EU peace-project started 50 years ago from the ashes of the second world war.

European leaders split along party lines on what effect his win would have in Europe and the world.

Socialists said they feared Sarkozy will push the EU's agenda further to the right on economic reforms and on its immigration policies.

Anne-Marie Lizin, the Belgian senate chairwoman, said: "Social Europe has receded a bit today. We see a map of Europe which is very much a conservative Europe, wanting to get rid of social protections."

Leaders also expressed hopes that Sarkozy will help heal relations with Washington, bruised over the war in Iraq and over how to combat climate change.