Major world powers like the United States, China and, Russia are losing global confidence and waning public image internationally, according to a 47-nation public-opinion survey released. 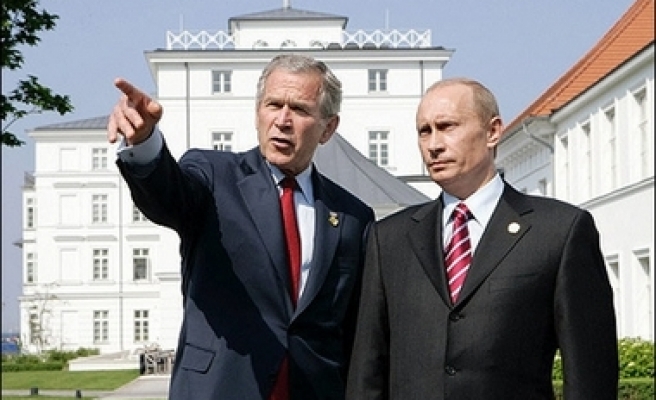 Major world powers like the United States, China and, Russia are losing global confidence and waning public image internationally, according to a 47-nation public-opinion survey released on Wednesday.

The poll, one of the largest survey ever conducted by the Pew Research Center, a Washington-based think-tank States, showed that while Anti-American sentiment has been on the rise since 2002 after the US launched the 'war on terror', discontent has not been spreading, but has deepened especially in Muslim countries, like Turkey, a close US ally, with nine percent favorable rating, the lowest among Muslim nations.

Elsewhere, the poll found favorable ratings for the United States in Germany, a long-time US ally, with just 30 percent, and Britain with slightly more than half, 51 percent.
After conducting 45,239 interviews in 47 countries, the poll found that views of the US have become increasingly unfavorable because of growing support for calls to end US military presence in Iraq and Afghanistan.

But the US image remained overwhelmingly positive among African countries like the Ivory Coast, Kenya and Ethiopia and strong in South Korea, India and Japan, the three Asian countries considered major trading partners.

The poll, describing Russia and China as "emerging superpowers," found that the two countries image internationally was also negative, with China's image diminishing due to concerns over its growing economic and military expansion efforts.

The survey, "Global Attitude Project", explained that the global anxiety towards China was because of "large majorities in many countries think that Chinas growing military might is a bad thing, and the publics of many advanced nations are increasingly concerned about the impact of Chinas economic power on their own countries".

Positive opinion of China fell in Western European countries, where nearly two-thirds in Italy and France had unfavorable view of China's growing economic power and only one country, Poland showed an increase in positive stance to the "emerging superpower." Even in Asia, where China's image remains usually positive, it has slipped in Japan, where 67 percent gave negative views of China, compared to just 29 percent viewed as positive.

After conducting a survey both in Africa and Latin America, two regions known to be friendly to the US, the poll found that the two regions offered a "more welcoming" tone for Chinas influence to the two regions.

"The US influence is rivaled or exceeded by China in a number of African countries" like the Ivory Coast and Mali, the study said, and suggested that the billions of dollars donated in charity and development by China could have partly played a role for its growing influence.

Russia and the Putin administration came under the harshest criticism in Western Europe, although the nation stands unfavorably in many other parts of the world, because of growing fears of European dependency on Russia's energy supply.

In the Middle East, two issues topped the list of concerns, the spread of nuclear weapons and hatred as top dangers, particularly 74 percent in Lebanon, 66 percent in Kuwait, and 64 percent within the Palestinian territories. Last Mod: 28 Haziran 2007, 13:13
Add Comment