Melting glaciers, disappearing ice sheets and warming water could lift sea levels by as much as 1.5 metres (4.9 feet) by the end of this century, displacing tens of millions of people, new research showed on Tuesday. 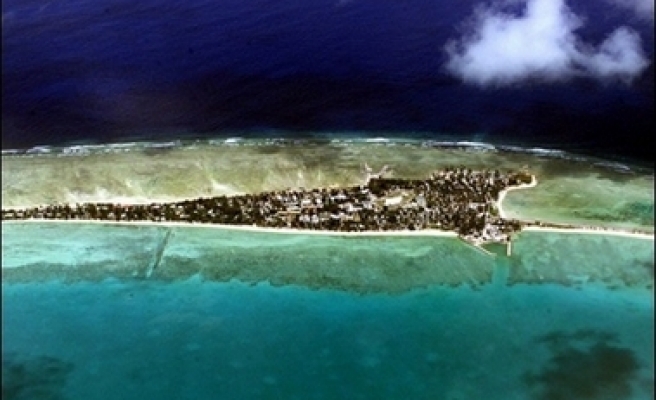 Svetlana Jevrejeva of the Proudman Oceanographic Laboratory in Britain said the estimate was based on a new model allowing accurate reconstruction of sea levels over the past 2,000 years.

"For the past 2,000 years, the sea level was very stable," she told journalists on the margins of the Vienna meeting.

But the pace at which sea levels are rising is accelerating, and they will be 0.8-1.5 metres higher by next century, researchers including Jevrejeva said in a statement.

Sea levels rose 2 cm in the 18th century, 6 cm in the 19th century and 19 cm last century, she said, adding: "It seems that rapid rise in the 20th century is from melting ice sheets".

Scientists fiercely debate how much sea levels will rise, with the IPCC predicting increases of between 18 cm and 59 cm.

"The IPCC numbers are underestimates," said Simon Holgate, also of the Proudman Laboratory.

The researchers said the IPCC had not accounted for ice dynamics -- the more rapid movement of ice sheets due to melt water which could markedly speed up their disappearance and boost sea levels.

But this effect is set to generate around one-third of the future rise in sea levels, according to Steve Nerem from the University of Colorado in the United States.

"There is a lot of evidence out there that we will see around one metre in 2100," said Nerem, adding the rise would not be uniform around the globe, and that more research was needed to determine the effects on single regions.

Scientists might debate the levels, but they agree on who will be hardest hit -- developing nations in Africa and Asia who lack the infrastructural means to build up flood defences. They include countries like Bangladesh, almost of all of whose land surface is a within a metre of the current sea level.

"If (the sea level) rises by one metre, 72 million Chinese people will be displaced, and 10 percent of the Vietnamese population," said Jevrejeva.
Last Mod: 16 Nisan 2008, 11:33
Add Comment