Scientists said on Tuesday they have proved the world's first ever oil paintings were in caves near two destroyed giant statues of Buddha in Afghanistan, hundreds of years before oil paint was used in Europe. 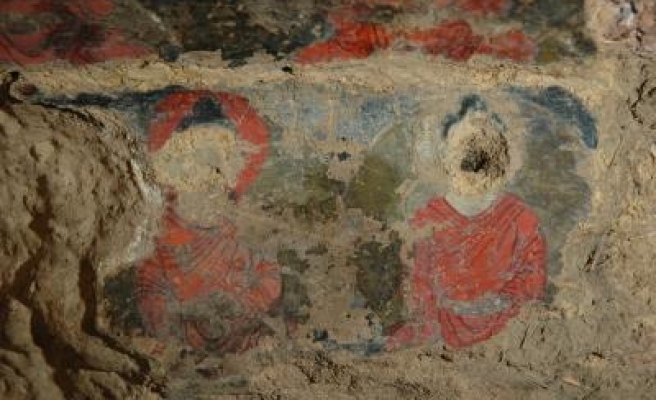 Samples from paintings, dating from the 7th century AD, were taken from caves behind two statues of Buddha in Bamiyan.

Scientists discovered paintings in 12 of the 50 caves were created using oil paints, possibly from walnut or poppy, the European Synchrotron Radiation Facility (ESRF) in France said on its Web site on Tuesday.

"This is the earliest clear example of oil paintings in the world, although drying oils were already used by ancient Romans and Egyptians, but only as medicines and cosmetics," said Yoko Taniguchi, leader of the team of scientists.

It was not until the 13th century that oil was added to paints in Europe and oil paint was not widely used in Europe till the early 15th century.

Bamiyan was once a Buddhist centre where monks lived in a series of caves carved into the cliffs by the two statues.

The cave paintings were probably the work of artists travelling along the Silk Road, the ancient trade route between China, across Central Asia to the West and show scenes of Buddhas in vermilion robes and mythical creatures, the ESRF said.

Work is underway to try restore the biggest of the two statues, once the tallest standing Buddha in the world, but the mammoth task could take a decade to complete.
Last Mod: 23 Nisan 2008, 08:47
Add Comment