Misha Defonseca admitted best-selling 'memoir' depicting how, as a Jewish child, she lived with a pack of wolves in the woods during the Holocaust was not real. 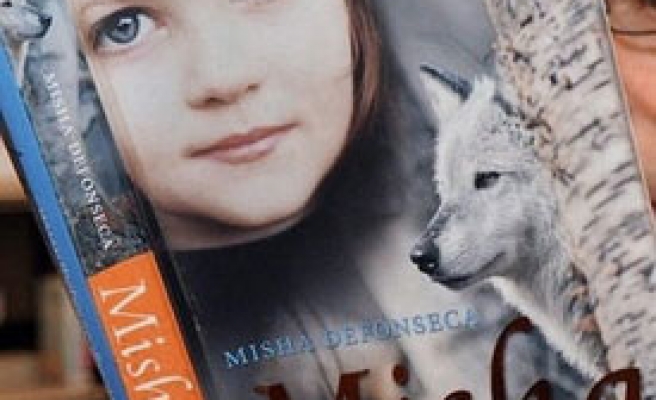 A Belgian writer has admitted that she made up her best-selling "memoir" depicting how, as a Jewish child, she lived with a pack of wolves in the woods during the Holocaust, her lawyers said Friday.

Misha Defonseca's book, "Misha: A Memoire of the Holocaust Years," was translated into 18 languages and made into a feature film in France.

Her two Brussels-based lawyers, siblings Nathalie and Marc Uyttendaele, said the author acknowledged her story was not autobiographical and that she did not trek 1,900 miles as a child across Europe with a pack of wolves in search of her deported parents during World War II.

"I ask forgiveness to all who felt betrayed," Defonseca said, according to a written statement the lawyers gave to The Associated Press.

Defonseca, 71, now lives in Dudley, Mass. Her husband, Maurice, told The Boston Globe on Thursday that she would not comment.

Defonseca wrote in her book that Nazis seized her parents when she was a child, forcing her to wander the forests and villages of Europe alone for four years. She claimed she found herself trapped in the Warsaw ghetto, killed a Nazi soldier in self-defense and was adopted by a pack of wolves that protected her.

In the statement, Defonseca acknowledged the story she wrote was a fantasy and that she never fled her home in Brussels during the war to find her parents.

Defonseca says her real name is Monique De Wael and that her parents were arrested and killed by Nazis as Belgian resistance fighters, the statement said.

"This story is mine. It is not actually reality, but my reality, my way of surviving," the statement said.

"I ask forgiveness to all who felt betrayed. I beg you to put yourself in my place, of a 4-year-old girl who was very lost," the statement said.

The statement said her parents were arrested when she was 4 and she was taken care of by her grandfather and uncle. She said she was poorly treated by her adopted family, called a "daughter of a traitor" because of her parents' role in the resistance, which she said led her to "feel Jewish."

She said there were moments when she "found it difficult to differentiate between what was real and what was part of my imagination."

Nathalie Uyttendaele said she and her brother contacted the author last weekend to show her material discovered by Belgian daily Le Soir, which questioned her story.

"We gave her this information and it was very difficult. She was confronted with a reality that is different from what she has been living for 70 years," Nathalie Uyttendaele said.

Pressure on the author to defend the accuracy of her book had grown in recent weeks.

"I'm not an expert on relations between humans and wolves but I am a specialist of the persecution of Jews and they (Defonseca's family) can't be found in the archives," Belgian historian Maxime Steinberg told RTL television. "The De Wael family is not Jewish nor were they registered as Jewish."

Defonseca had been asked to write the book by U.S. publisher Jane Daniel in the 1990s, after Daniel heard the writer tell the story in a Massachusetts synagogue.

Daniel and Defonseca fell out over profits received from the best-selling book, which led to a lawsuit. In 2005, a Boston court ordered Daniel to pay Defonseca and her ghost writer Vera Lee $22.5 million.

Lee, of Newton, Mass., said she was shocked to hear Defonseca made up the story.

"She always maintained that this was truth as she recalled it, and I trusted that that was the case," Lee said.

Defonseca's lawyers said Daniel has not yet paid the court-ordered sum.

Daniel said Friday she would try to get the judgment overturned. She said she could not fully research Defonseca's story before it was published because the woman claimed she did not know her parents' names, her birthday or where she was born.

"There was nothing to go on to research," she said.