An important aspect of the meeting is that evangelical Christians are among the participants. 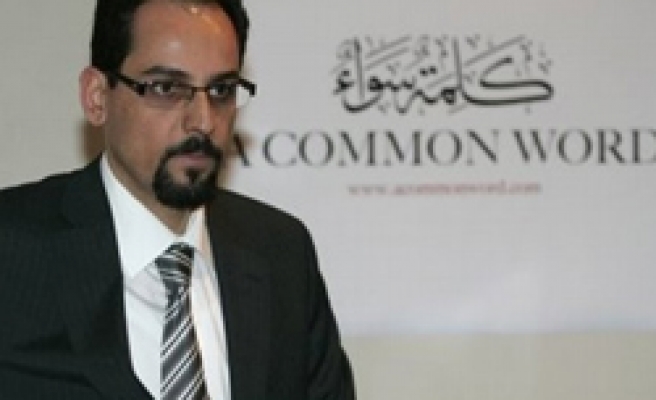 Senior Muslim and Christian scholars and leaders are meeting in the United States this week seeking common ground to foster better understanding between Islam and the West.

Hosted by Yale University Divinity School, the conference is the first public dialogue launched by Muslim intellectuals in the Common Word group that appealed to Christian leaders last year for discussions among theologians to promote peace.

The Muslims, both Sunnis and Shi'ites, hail from around the world. Most U.S. participants are Protestant theologians and church leaders, including some prominent evangelicals, but some Catholics and Jews also are taking part.

Their conference comes just more than a week after King Abdullah of Saudi Arabia hosted an unprecedented meeting of Muslims, Christians, Jews, Hindus and Buddhists in Madrid and pledged to pursue interfaith dialogue.

"We have broken the ice of mistrust between the West and Islam with this initiative," said Mustafa Ceric, grand mufti of Bosnia. "In world affairs today, the rule should not be the argument of force but the force of argument."

Ceric said it was time for serious dialogue among mainstream faith leaders.

Miroslav Volf, a Yale theologian co-hosting the sessions, agreed this and other recent interfaith encounters in Europe and the Middle East pointed to a growing interest in seeking more Christian-Muslim understanding. "There's definitely something in the air," the Croatian-born Protestant said.

The Common Word project, started last October by 138 Muslim scholars, says Christianity and Islam share two common core values -- love of God and love of neighbor. The group says discussions on this among experts can help defuse tensions between the faiths.

Christian leaders have responded positively to the appeal.

The Common Word group will meet Anglicans in October and Pope Benedict in November.

"In the modern era, we have never had anything like this where such a large group of people from all kinds of religious, ethnic and cultural backgrounds agreed on an issue such as this," said Ibrahim Kalin, a spokesman for the group.

"The common understanding here is that we have different theological languages but the ultimate object of our discussion is the same," the Turkish philosopher said. "There is only one God but we approach God with different languages."

The Yale conference began on Friday with closed-door talks among 60 theologians about how the two faiths understand the concept of loving God and loving one's fellow man. It will expand to 150 in public sessions from Tuesday to Thursday.

An important aspect of the meeting is that evangelical Christians are among the participants.

"One of the most interesting places of Christian-Muslim confrontation in the world is where evangelicals meet Muslims," said John Stackhouse, a Canadian evangelical theologian from Regent College in Vancouver.

"If you're just trying to get along and not fall in love with each other, that is a practical agenda," Stackhouse said.

The Common Word appeal did not address Jews but the group has invited some Jewish scholars to join the talks. "At the end of the day," Kalin said, "we are really talking about a Judeo-Christian-Islamic tradition."

Rabbi Burton Visotzky of New York's Jewish Theological Seminary was among the conference speakers on Friday. "If religious leaders can help move political issues to peace rather than war, then we've done God's work," he said.