YAS decisions to be presented to Gul for approval

YAS meeting, which has been continuing for three days, will be completed on Monday. 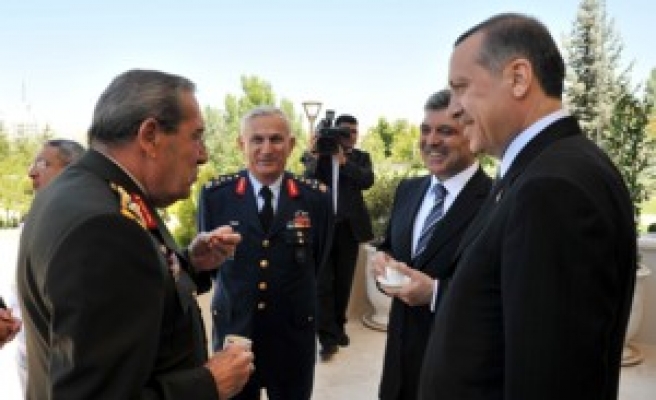 Turkish President Abdullah Gul hosted a luncheon in honor of the members of Supreme Military Board (YAS) in Ankara on Sunday.

The meeting took place at Foreign Ministry residence and lasted for 1,5 hours.

YAS meeting, which has been continuing for three days, will be completed on Monday. The decisions of the board will be presented to President Gul's approval, and then made public.

This is the last Supreme Military Council meeting Gen. Yasar Buyukanit is attending as he will retire as of August 31st, 2008.

Gen. Basbug is expected to be appointed as the new Chief of General Staff by replacing Gen. Buyukanit.