Yemen's army has warned rebels led by Abdul-Malik al-Houthi that it will move to subdue them if they fail to implement a truce brought to the verge of collapse by a mosque bombing and days of clashes. 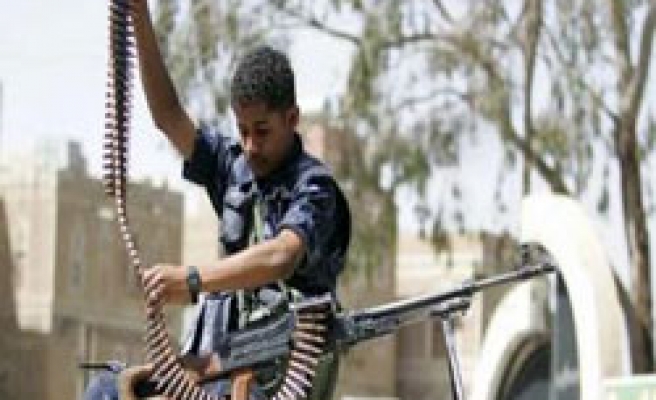 Qatari mediators returned to Yemen's volatile northern province of Saada on Sunday, hoping to salvage the ceasefire agreement that ended six months of fighting between government forces and the rebels last June.

Violence flared again in recent weeks as a lack of trust on both sides and disagreements over the release of prisoners and handover of arms threaten to undermine the deal. On Friday a bomb killed 15 people outside a mosque in Saada.

A senior Yemeni military official blamed Houthi and his followers for the bombing, a charge the rebel leader denies.

The official warned in a statement on Yemen's state news agency that unless Houthi abides by the truce "the state would be forced to assume its responsibility to spread the sovereignty of the regime and its law across all areas of Saada province."

Fighting has raged on and off in Saada since a conflict broke out in 2004 between government forces and Houthi's rebels, members of the Zaydi part of Shi'ite.

Yemeni officials say the rebels want to return to a form of clerical rule prevalent in the country until the 1960s. The rebels, who want Zaydi schools and oppose the government's alliance with the United States, say they are defending their villages against what they call government aggression.

Sunni Muslims form a majority of Yemen's 19 million population, while most of the rest are Zaydis.

The Qatari-mediated ceasefire agreement committed Yemen to rebuilding rebel areas and required rebels to give up heavy arms but did not include a clear mechanism for implementation.

The rebels fear that if they give up their weapons and prisoners first, they will be attacked. The government is reluctant to release its prisoners since a state amnesty that freed 600 rebels in 2006 failed to end the revolt.

Ali Abu Halaiqa, head of the government delegation, said that a mechanism was now being drawn up.

"We affirm that the political authority wants to resolve this problem in a peaceful way," he told Yemeni television. "The first step is to end the clashes between the two sides."

A source close to Houthi said the Qataris along with the government delegation had met the chief rebel negotiator Saleh Habra on Sunday evening, raising hopes that a deal could be reached on implementing the ceasefire after a bloody week.

Mediation by local tribes had succeeded in calming tensions in the province on Sunday, the source said, following heavy clashes that saw the army use tank fire against the rebels after they attacked a government building in Manbah.

Hundreds of people have been killed and thousands have fled their homes in Saada since the conflict began.

One of the poorest countries outside Africa, Yemen is also grappling with dwindling oil and water resources, unemployment, corruption and a large community of Somali refugees.