Young Muslims from all over Scotland will voice their concerns over issues, including harrassment experienced, disaffection with British society, stereotyped media portrayals of Muslims as terrorists, employment, education, training, religion and way of l 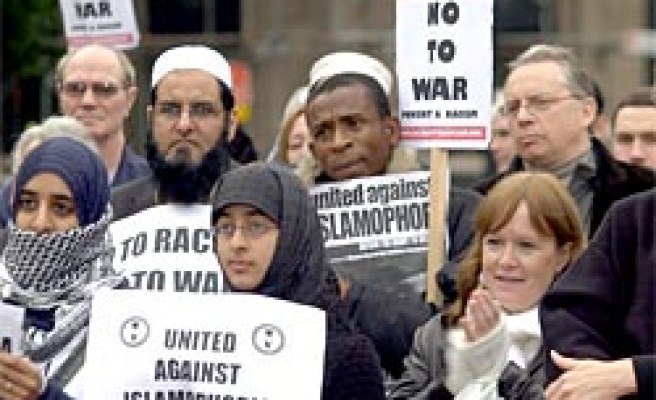 Young Muslims from all over Scotland will on Monday voice their concerns over a range of issues, including harrassment experienced since since 9/11 attacks on US cities, growing Muslim disaffection with British society, stereotyped media portrayals of Muslims as terrorists, as well as employment, education, training, religion and way of life.

"This is exactly the type of forum we need to provide to the Muslim youth to address the issues of identity, belonging, faith, culture and integration," conference keynote speaker Farooq Murad told Adnkronos International (AKI). Murad is chairman of the charity Muslim Aid and founder president of the Young Muslims UK and the Islamic Society of Britain.

"Given that policy makers and service providers are also attending, there is certainly the potential to make practical difference," he added. An active trainer, he has designed and implemented numerous community education and training programmes.

The new Scottish government "is determined that all voices in Scotland shall be heard. With the help of the young people attending next week we can achieve that vision," Ewing added. It is backing the conference and also supported a series of prior consultations with young people in Scotland to learn how the "fall-out" of the terror attacks of recent years has affected them.

The conference will bring together delegations of young Muslims from various Scottish cities and is also being attended by senior Muslim leaders, and senior representatives from the government and from the voluntary sector. "Its main objective is for young Scottish Muslims to get together to discuss social issues which affect them and for policy makers to hear directly from the young [Muslim] people,” chief executive at the Youth Counselling Services Agency - which is organising the conference - Anwari Din told AKI.

Young Scottish Muslims are aware of the issues of discrimination and Islamophobia, she stated, saying the conference would give them a chance "to explore their identity in terms of being Muslims and being Scottish."

"They are not willing to be seen as second class citizens - they see themselves firmly rooted in Scotland and a part of this society,” Din added.

Murad emphasised the crucial role education plays in the integration process. "The [schools] curriculum needs to address and teach citizenship, role and responsibilities in a plural society from an Islamic perspective," he said.

"Even the historical contribution of Muslims to the progress of science and technology should be included in the curriculum taught in our schools,” he added.

The Asian communities in Scotland total some 75,000 people, mostly of Pakistani origin and living in the greater Glasgow area. Glasgow was the first city in Britain to elect a Muslim councillor back in 1970 and also the first area to be represented by a Muslim member of the Parliament (MP) at Westminster from 1997.

Scottish Muslims in May elected their first-ever Muslim member of the Scottish parliament (MSP), Bashir Ahmad, a long-standing member of the ruling Scottish Nationalist Party (SNP) which favours independence. Asked whether this would benefit his community, Murad said: "Scottish Muslims are an important part of the British Muslim community and would be better off remaining so."

The conference organisers acknowledge there is an urgency to tackle mounting feelings of isolation and disenchantment with the society they live in among young Muslims, which can result in antisocial behaviour and trouble with the law. The conference workshops on Muslims and justice are designed to obtain practical results in this regard: "Various agencies who deal with antisocial behaviour and […] the police will take part," YCSA youth justice officer Umar Ansari told AKI.

The workshop will highlight three action points to feed into a final report, Asari said.

Din said she believed that young Scottish Muslims are presented with issues which are different from the ones which affect their peers in England or which their fathers had to face in the past because “they do not hold aspirations of going back to whatever country their parents have come from and this makes the link stronger with Scotland.”

"A conference like this also indicates a greater degree of awareness and leadership North of the border," Murad told AKI. Last Mod: 16 Haziran 2007, 13:39
Add Comment