A Belgian newscaster apologized on Tuesday for suggesting French President Nicolas Sarkozy was drunk in footage shot at the G8 summit that ranks among the top video clips on the YouTube website. 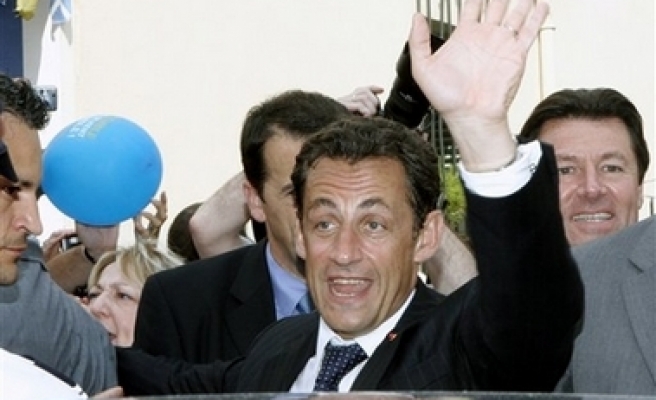 A Belgian newscaster apologized on Tuesday for suggesting French President Nicolas Sarkozy was drunk in footage shot at the G8 summit that ranks among the top video clips on the YouTube website.

More than one million Internet surfers have watched the video of the news conference given by Sarkozy -- a teetotaler -- at the Group of Eight summit in Germany last week in which he appeared short of breath and euphoric.

Belgian journalist Eric Boever can be seen on the YouTube video presenting footage from the opening moments of Sarkozy’s news conference and commenting that ‘apparently he had more than just water to drink.’

In the footage, Sarkozy appears short of breath as he offers apologies to journalists for being late after meeting Russian President Vladimir Putin and then pauses, as if on the verge of laughter, before inviting questions.

Boever offered his apologies to the French embassy in Brussels and asked that they be conveyed to Sarkozy’s office, said Yves Thiran, director of Belgian francophone public broadcaster RTBF, on Tuesday.

‘I apologize for the proportions that this is taking,’ said Boever, adding that his remark was made in jest.

‘I obviously did not want to offend French national sensitivities, especially since I am also French through my mother.’

A spokesman for the president declined to comment on the video, saying ‘it is not common practice at the Elysee to comment on bad taste jokes.’

Sarkozy, who was making his international debut at the G8 summit in Germany, does not drink alcohol and is a long-distance runner.

Belgian television has received emails of complaints and of congratulations over the video footage.

‘Some are congratulating us, others said they were shocked that we would suggest that the French president was not exactly in a normal state,’ said Thiran.