The Movement for Democratic Change has refused to recognise Mugabe's victory in a June 27 run-off vote held after Tsvangirai pulled out, citing violence by ruling party militia. 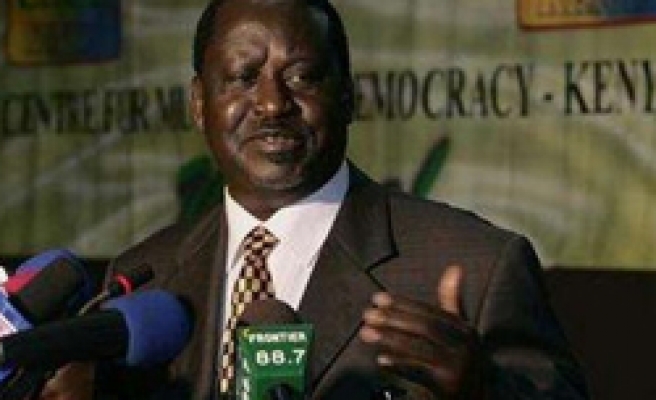 He said he expected the two sides to sign an agreement this week for talks to take place in South Africa and he hoped they would lead to a safe exit from power for Mugabe.

"Robert Mugabe is an embarrassment to the African continent," Odinga told BBC television. "He lost an election and refused to move on."

"I am told the parties have now agreed a framework for negotiation which I am told will be signed in South Africa this week," he added. "I am encouraging this kind of dialogue in the interests of the people of Zimbabwe."

"I am told these talks are going to take place in Pretoria and will be chaired by (South African) President (Thabo) Mbeki but supervised by the African Union and the United Nations representatives."

"If this happens then it is the first step in giving Mr Mugabe a safe exit," he added.

Officials from Zimbabwe's Movement for Democratic Change said on Saturday that leader Morgan Tsvangirai could sign an agreement as early as Monday to start substantive talks with Mugabe's ZANU-PF party.

The apparent breakthrough came after Thabo Mbeki proposed forming a team drawn from African regional bodies and the United Nations to help him mediate.

The Movement for Democratic Change has refused to recognise Mugabe's victory in a June 27 run-off vote held after Tsvangirai pulled out, citing violence by ruling party militia.

Tsvangirai won the first round of the presidential election in March, but fell short of the absolute majority needed to avoid the second ballot.