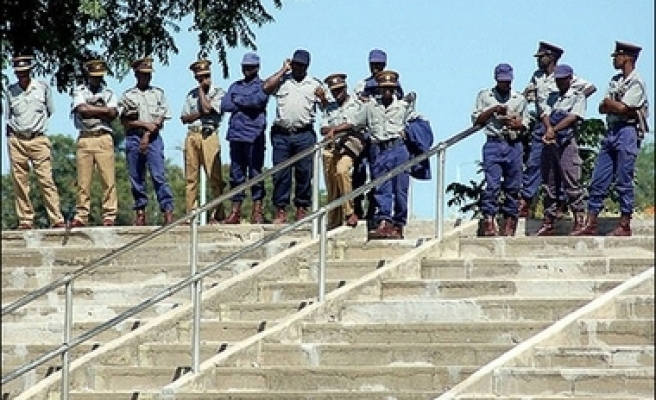 The main opposition Movement for Democratic Change (MDC) says allegations that its supporters have launched a violent campaign against President Robert Mugabe's 27-year rule are designed to justify a brutal crackdown on its structures ahead of general elections next year.

MDC spokesman Nelson Chamisa said riot police, armed with pistols and batons, raided the party's head office in Harare on Saturday and detained more than 200 people, and gave no reason for the move at the time.

But on Sunday, police spokesman Andrew Phiri told Zimbabwe state media they had detained MDC activists "suspected of being involved in a criminal bombing campaign" and they would be taken to court in the coming days.

"A number of MDC activists have been arrested as suspects in the recent spate of bomb attacks across the country; criminal bombing attacks," he said, without giving details on the number of detentions.
Last Mod: 27 Mayıs 2007, 16:41
Add Comment