Zimbabweans queued before dawn to vote on Saturday in the most crucial election since independence in 1980 from Britain. 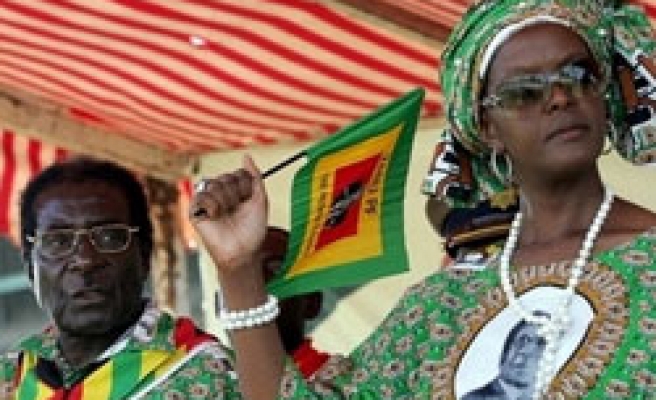 Zimbabweans queued before dawn to vote on Saturday in the most crucial election since independence in 1980, many of them desperate to end the misery of economic collapse under veteran President Robert Mugabe.

"I am voting for change. I am praying for a free and fair election. It is the only way this country can move forward," said Richard Mutedzi, 25, a trained mechanic who voted in Chitungwiza, 30 km south of Harare.

He said he was forced to sell odds and ends because of lack of work.

Zimbabwe, its once prosperous economy in ruins, is suffering the world's highest inflation rate at more than 100,000 percent, chronic shortages of food and fuel and a rampant HIV/AIDS epidemic that has contributed to a steep decline in life expectancy.

Voting was largely peaceful but police said a bomb exploded in the house of a ruling party candidate in Zimbabwe's second city of Bulawayo, an opposition stronghold. No-one was hurt.

Mugabe faces the biggest challenge of his 28-year rule from veteran opposition leader Morgan Tsvangirai and ruling ZANU-PF party defector Simba Makoni. Both accuse the president of plotting to rig a victory. Some people slept at polling stations and queues formed before they opened just after 7.00 a.m. (0500 GMT). Voting was scheduled to last 12 hours, with results not expected for several days.

"I want to vote because things are so bad, and maybe this election will help change that," said a 35-year-old security guard who asked not to be named. He had walked for more than two hours to reach his polling station in a Harare township.

Mugabe told reporters as he voted in Harare that he would not rig the vote and was confident of victory, although he would accept defeat.

"Why should I cheat? The people are there supporting us. The moment the people stop supporting you, then that's the moment you should quit politics," he said.

Despite odds stacked against him like never before, many analysts expect Mugabe to win. A split opposition may also favour the former guerrilla leader.

Many Zimbabweans waiting to vote made clear they wanted a change of government.

"I can't say Zimbabweans are cowards or that they are cautious. They are peace loving people but if Mugabe steals the election there will surely be trouble in this country," red-eyed Leo Kariwo said as he waited to vote in Harare's low income Mufakose township.

In the middle class suburb of Greendale, 400 people were queuing by the time the polling station opened. One man turned up in his pyjamas.

"A new government, that's what I need. What we need is an intelligent, well-managed government that will satisfy the needs of Zimbabweans in all walks of life," said white voter Nadia Marabini.

In the low-income township of Warren Park more than 200 voters surged forward when the polling station gates opened. "People are dying in hospitals and funeral expenses are very high. How do you expect us to survive? Shop shelves are empty," said mother of three Gertrude Muzanenhamo, 36.

His two rivals believe they can finally end Mugabe's iron rule because of an economic meltdown that has reduced even his traditional and favoured rural strongholds to misery.

But Zimbabwe's powerful security forces have thrown their backing behind Mugabe, stoking accusations that he will use his incumbent power to rig victory.

Mugabe blames the economic collapse on sanctions by former colonial power Britain and other Western nations.

If no candidate wins more than 51 percent of the vote on Saturday, the election will go into a second round, when the two opposition parties would likely unite.