Dye production facilities dating back to 1,500 years were unearthed in excavations in an ancient city in the Mediterranean province of Antalya. 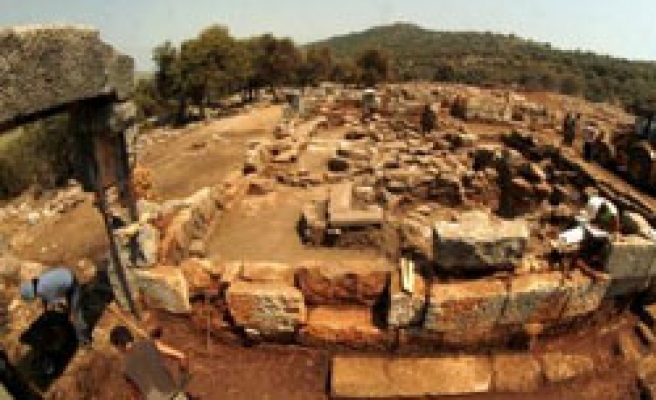 Dye production facilities dating back to 1,500 years were unearthed in excavations in an ancient city in the Mediterranean province of Antalya.

Archeologists discovered dye production facilities going back to Byzantine era in their excavations in the ancient city of Myra-Andriake in Antalya's Demre town.

"The dye produced in integrated facilities we have unearthed indicates that Andriake port was a center of dye industry not only an international trade center," Professor Nevzat Cevik, the head of the excavation team, told AA correspondent.

Myra is an ancient town in Lycia, where the small town of Kale (Demre) is situated today in present day Antalya. It was located on the river Myros (Demre Cayi).

Andriake was the harbour of Myra in classical times, but silted up later on. The main structure there surviving to the present day is a granary built during the reign of the Roman emperor Hadrian (117-138 CE). Beside this granary is a large heap of Murex shells, evidence that Andriake had an ongoing operation for the production of purple dye.