3000 Students of Quran in a Remote Village of Africa

“That pile of ash we passed by is a kind of madrasah that has been fired up every evening for about 70 years and students of Quran have been inculcated by fire’s light.” Haşim Akın wrote about the Sheikh Abdullah Efendi educated 3000 students of Quran in a remote village of Burkina Faso. 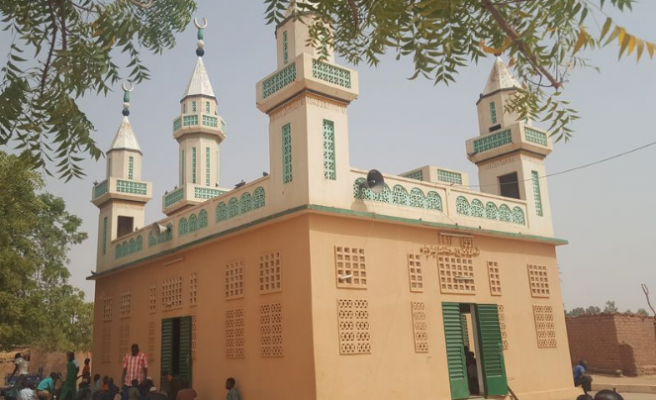 Important figures that are keystones for the societies and keep it alive are sometimes just a few individuals. The real revolution comes from such a great heart. In the Anatolian lands we live in, there have been many great-hearted men, who had developed their method to get memorized Quran in the period of hardship, they worked just like a factory of hafizs. As one of them, I have written the life of a master named Çimilli Hakkı Efendi, the master of my masters.

Said that a lover of Quran has passed away

A few days ago I met a lover of Quran in Burkina Faso. In fact, it cannot be said that I met him. Because the news reached us due to the death of him. When we went to express condolence, we learned things that are astonishing and bursting us with pride.

We took the road to give condolence when we heard the news of the death of Sheikh Abdullah Efendi. The honour of condolence visit was vouchsafed to us. I sat in the car seat and I got off six hours after. Two-thirds of the journey passed through dirt roads. (If these would be called roads...) In many places we moved along by asking for the right path and finally found the village we were looking for.

A life of ninety-five years ended with reciting of kalima shadahat. But what kind of life is it? Sheikh Abdullah Efendi was the father of a man named Yakup, who was an imam of a village. In Burkina Faso we have had visits to several villages for various reasons. For the first time, now, we have come to a similar village that we had visited before. We found a mosque with 4 small charming minarets, looking luxurious compared to the environment, in the village. The village welcomed us at with the rarefied spiritual atmosphere of the village. It was not hard to understand that we have come to a unique place. When we arrived, the congregation just finished the salah (prayer). After the prayer, we entered the condolence house. There was a huge crowd consisting of young and children, far beyond our expectations. At that time, I predicted that not all the people waiting there would be villagers. Then we performed wudu and salah.

Reborn from the ashes

As we left the mosque to go the condolence house, we passed by a huge pile of ash. Our brother Abu Bakr, our guide, asked me “What is this?” I replied, “Ashes… A fire must have been lighted here or the ashes must have been moved”. Later we learned that this pile of ash we passed by is a kind of madrasah that has been fired up every evening for about 70 years and students of Quran have been inculcated by fire’s light. It is something I have heard of in Africa but I have never seen it yet. Villagers have been working in daytime and studying Quran in nighttime in the circle of fire.

The number of those who came from neighboring villages and stayed here as a boarder (!) student to complete their religious education was about 3,000. The young people we saw at the condolence house were the students educated according to this tradition. The only lighting means in the village, in which there is no electricity, is the fire in the square… Then we visited the grave of such a servient of Quran and prayed there. A blessed and good deed that will cause his book of deeds to be open until the day of judgment…

Since there is no opportunity to give the Quran to every student, a few of them could might be able to touch the Quran. The vast majority use fire ashes as a pencil to write their daily lessons down on a wooden tablet and study their lessons by using it in the morning. Thanks to the charities coming from Turkey, the new generation might have a mushaf. Older generations memorized Quran by listening. It is not easy to bring the Qur'an to three thousand people in these impossibilities.

By the way, Yakup, who is in charge of imamet, is just like his father. As said, the apple does not fall far from the tree. In brief, there is not just one reason that the book of deeds of Sheikh Abdullah Efendi will not be closed.

There are some people making up excuses constanly. Challenges and obstacles catch the eye of them firstly. But there is always a way to overcome every obstacle for the courageous hearts. In the words of Anatolian people, "If a shepherd wants, he will milk the cow”. There may be no easy condition; people may be insensitive to give support. What is important is to find a remedy and to set out on a journey. Allah shall not belittle and wipe away any good deed and intentions of any who have set out on the path.

The Christian missionaries, besieging the continent with their shrouds and coffins, were neither beated back nor sent away with fight. However, brave hearts like Sheikh Abdullah Efendi, devoted his life to his dawah, become a pillar of Islam. Educating many students on Quran in hardship… It is easier said than done. It is dedicated to the modern age teachers and students who do not like the conditions in hand and invent excuses constantly...

I have forgotten my heart amongst the voices of 3000 hafizs in the village, where we stayed for about an hour. Path is long and i won’t come here again to take it back. It will wait for an important day next to the grave of Sheikh Abdullah Efendi…