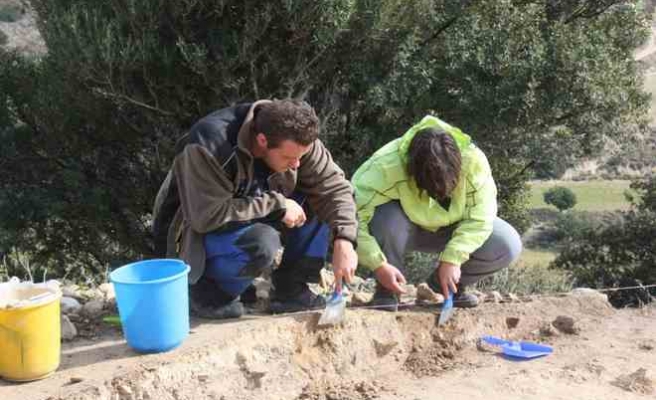 Ruins from a 3,200-year-old ancient site have been discovered in the Turkish Republic of Northern Cyprus (TRNC).

The late-Bronze Age site was discovered in the Karpaz (Karpasia) peninsula in the village of Kaleburnu (Galinoporni) after joint excavation efforts by the TRNC's Eastern Mediterranean University and Germany's Tubingen University.

In ancient times, Cyprus was a key stop-off point in the sea trade between Anatolia, the Levant and Egypt.

Referred to as an 'archelogical treasure', the find is believed to be worth 'millions'.