A 4,000 year old shipwreck belonging to the Minoan civilization has been found in Turkish waters along with 20 submerged harbors and architectural remains, 25 berthages and over 400 anchors dating from the Bronze Age to the Ottoman period. 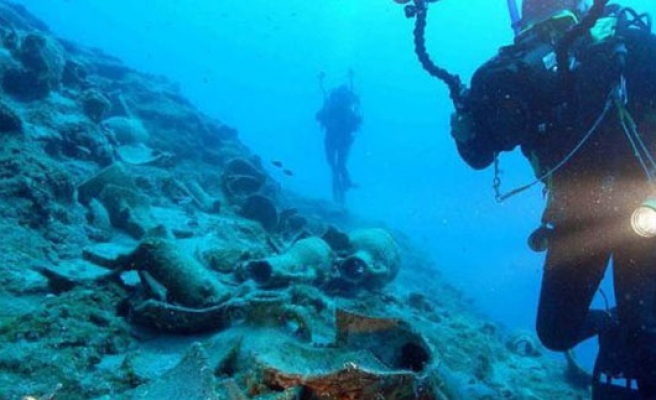 Researchers in Turkey have found a 4,000 yr old shipwreck in Turkeys Marmaris Hisarönü Gulf in the Mediterranean. The discovery comes as part of an ongoing project that was launched by Dokuz Eylül University's Marine Sciences Institute in 2007.

Professor Abdurrahman Harun Özdaş, from Dokuz Eylül University said that the 4,000 year-old shipwreck is the oldest of its kind to be discovered.

He said that the shipwreck was found as part of the 'Research on Turkey's Underwater Heritage' project, which has been launched in 2007.

The project received over $23,000 in funds with a goal to make an inventory for shipwrecks in Turkish waters. Turkish media outlet, TRT Haber, reported  that the discovery was made after more than five years of investigations and analyses being conducted by the University’s Marine Sciences Institute, which has been carrying out an inventory of shipwrecks in the region.

"We come up with maps based on such shipwrecks, where they dropped their anchors, as well as objects which fell off from ships" Özdaş said, and noted that they refer to this as the 'underwater geographic information system of Turkey.'

The shipwreck is thought to be used for trading purposes and is from the Minoan Civilization, which existed around 3650 to 1400 BCE and was reported to have capsized during a trip to Hisarönü Gulf from Cyrete through the Rhodes Island and Bozburun.