Archaeologists unearthed a seal of eight thousand years during archaeological excavations in one of the oldest settlement units in western Turkey. 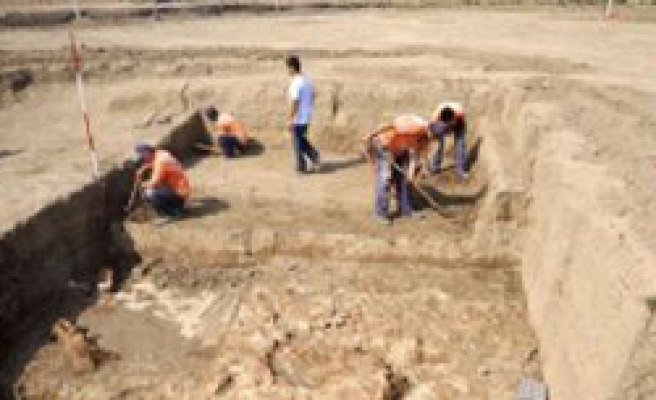 Archaeologists unearthed a seal of eight thousand years during archaeological excavations in the Yesilova Tumulus, one of the oldest settlement units in western Turkey.

Associate Professor Zafer Derin from the Ege University Department of Archaeology, who has been leading the excavations, said that they found a piece of historical work which poved that settlement began some 8,500 years ago in the western province of Izmir.

"The seal is dated back to 6,200 B.C. It is evident that the seal belonged to an administrator. It is one of a few oldest seals ever unearthed in Anatolia. He have digged up many important findings during the excavations since 2005. Some 700 pieces were sent to museum for display," he added.