A forgotten Turkish village in Italy

Moena boasts of over 320 years of Ottoman Turkish heritage. 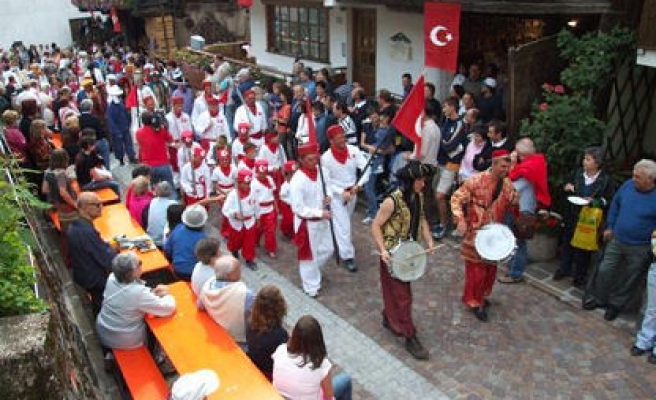 Hidden in the Fassa Valley, at the foothills of the Manzori Mountains in the northern Italian region of Trentino, lies a long-forgotten Turkish village called Moena.

Known also by the name of 'La Turchia' by the locals, its residents are known to be the descendents of Ottoman janissaries who settled in the village in 1683 during the conquest campaign for Vienna.

A number of Ottoman janissaries had sought refuge in the village after being injured in battle. After receiving medical treatment, many of them married women from the village and settled there. They then became the pride of Moena when they stirred a revolt against the Duchy of Ausburg for taking high taxes from the villagers.

Despite not being able to speak Turkish today, the villagers loved these janissaries so much that they adopted their Ottoman Turkish culture and continued to pass on these traditions for generations long after their death, and to this day still hang Turkish flags in their streets.

Every year in the first week of August they organize the Moena Turkish Festival, in which the villagers dress up in Ottoman janissary costumes, hang up Ottoman flags, and name the eldest villager the 'Sultan' of the village.

Whenever a girl from the village marries a man from another village, she must seek permission from the 'Sultan' to leave. They call this tradition the 'Alabastia'.

Moena mayor Riccardo Franceschetti said: "Our grandfathers would tell us the stories of the Turks and we tell these stories to our children with full belief. This is important for us. Turks should come here and see it as a little Turkey."