A Qadiri Dargah in Sarajevo

Hajji Sinan’s Tekke is one of the rare tekkes in Bosnia that reached the present day from the 17th century. 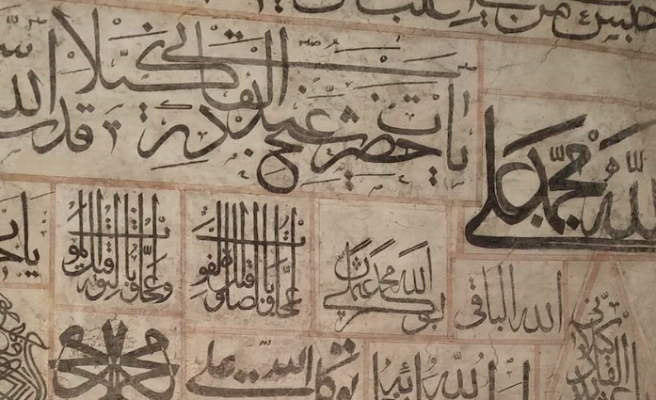 When Mehmet the Conquerer conquered Bosnia in 1463, Sufis played the most important role in spreading Islam here. Naqshibandi, Mawlawi, Qadiri, Bektashi and many other Sufi orders (tariqahs) in Bosnia under the Ottoman Empire formed many tekkes and they carried out irshad activities as in the other parts of the Balkans.

One of these tekkes is the Qadiri tekke named “Hajji Sinan’s Tekke” or “Silahdar (Armourer) Mustafa Pasha’s Tekke”, which was built between 1638 and 1640 in Sagrdzije street in Sarajevo, the capital of Bosnia and Herzegovina.

The tekke was built by order of Murad IV through Mustafa Pasha to his father Hajji Sinan. Mustafa Pasha at that time worked as an armourer and served Sultan Murat IV. According to a story about the construction of the tekke, Murat IV asks Mustafa Pasha, very close friend to him, that whether it is a city that doesn’t have any tekke in the lands of the Ottoman Empire. Silahdar Mustafa Pasha then says in Sarajevo, his hometown, there is no tekke in use that is large enough to host guests generously and to be used for also the other activities apart from dhikr.

According to another story, Mustafa Pasha submits respectfully that in his hometown Sarajevo there are many Qadiri disciples, although there is no Qadiri tekke. Additionally he offers his father as a trustworthy person, who is willing to construct the tekke. The father of Mustafa Pasha, Hajji Sinan, is a wealthy merchant living in modest way and very respectable person in Sarajevo. When he learns that he has been assigned to build a tekke, he immediately devotes himself to it.

He considers buying a land in Bistrik on the left side of the Miljacka for the construction of the tekke. He then dreams of having to build the tekke in the north of Sarajevo. Tekke is located next to Ali Pasha Mosque and the house of Aliya Cerzelez.

The historical and architectural value of the tekke is non-negligibly high concerning its place in the context. Hajji Sinan’s Qadiri Tekke was designed by Albanian architect Kasim Aga, who also designed some buildings within the Topkapi Palace, and and built of cut stone. The building, which is one of the rare extants in Bosnia from the 17th century, was considered to be the center of the Qadiris in the Balkans. The most interesting aspect of the tekke being an architectural beauty is the Islamic caligraphy pieces on the courtyard wall and on the same wall there is also Solomon’s seal about forty five centimeters in diameter, which is in the style of frescos.

In this seal, from the center to outside it is written in the Kufi style twelve times that “There is no god but Allah and Muhammad is the Messenger of Allah”. The number of pieces of Islamic caligraphy on the courtyard wall are more than one hundred. Caligraphers of these masterpieces are not known and it is estimated that they are at least two centuries old. Moreover, there is a charity fountain right opposite the entrance to the courtyard. And also in the complex of tekke there is a graveyard including the graves of Hajji Sinan and his wife.

The tekke building consists of several rooms; a semahane (whirling-dervish hall) used by the dervishes for prayer and dhikr, a guests room for hosting the guests, matbah-ı şerif (kitchen), and meydan-ı şerif (courtyard). There is a mihrab in the part used as semahane and the top floor of the semahane is surrounded by a wooden cage, reserved for ladies. In addition, there is a Solomon’s seal on the wall of the corridor between the kitchen, mostly used to cook coffee, and semahane. In this seal it is written twelve times that “There is no god but Allah and Muhammad is the Messenger of Allah” again. In this composition, two notched round, eighty-five meters in diameter, symbolize the ring of dhikr.

It is Possible to Attend Dhikrs

The dhikr performed in the Hajji Sinan’s Tekke is different from the classical Qadiri dhikr, it is more aesthetic and more impressive musically. This difference is probably due to the fact that the tariqas are intertwined in the Balkans. After the performance of loud dhikr (jahri dhikr), silent dhikr (khafi dhikr) is performed and Bosnian hymns are sung. Tekke is also used for the examination of Turkish, Arabic and Persian tasawwuf books in addition to regular dhikr ring. Hajji Sinan’s Tekke is open to anyone who is interested in tasawwuf, and it is possible to attend the dhikr ceremony on Thursday evenings.

The building has been attracting the tourists visiting the city since it has very central location, close to Bascarsija. On Thursday evenings, after the dhikr, the isha ezan is recited on the "azan stone" standing on the left side of the door of semahane. Azan stone is a stone mostly used in the small mosques having no minaret; and these stones are located nearby the masjids or in the garden of the mosques. But today, with the development of technology and the widespread use of speaker systems, it has lost its importance. In this Ottoman tekke, when we heard the azan recited on the azan stone with naked voice, the voice took us to the world of our ancestors now lying in the graveyard of the tekke.

After the azan, the isha prayer is performed and then everybody goes to the matbah-ı şerif, in which only men do a service. Here dervishes and guests are chatting while sipping their teas. After exiting this historical and mystical atmosphere, we are going to Sebilj, in the heart of the Bascarsija, through the narrow, stone-paved street of the tekke.

Tekke as a Treatment Center

Another remarkable feature of Hajji Sinan’s Tekke is that it was first used as a shelter and treatment center for psychiatric patients in 1768. It is regarded as the first organized health center in Bosnia and Herzegovina.

In Hajji Sinan’s Tekke many scientists, poets, and sheiks have grown. One of the most important of these is Mula Mustafa Baseskija, who was Bosniak chronicler, diarist, poet, calligrapher and retired Jannisary in the Ottoman Empire. Mersad Berber, inspired from the writings of Mula Mustafa Baseskija, wrote “Sarajevo Diaries” expressing the history of the Ottoman Sarajevo.

In addition to this, in the book named Ljetopis, Mula Mustafa Baseskija gives important information about Ottoman Sarajevo and in particular about Hajji Sinan’s Tekke.