Al-Khalil: A city on the edge

The heart of the once-vibrant city of Al-Khalil is ghost town of abandoned shops, empty houses and dirty streets – another victim in the long-running Israel-Palestine conflict. 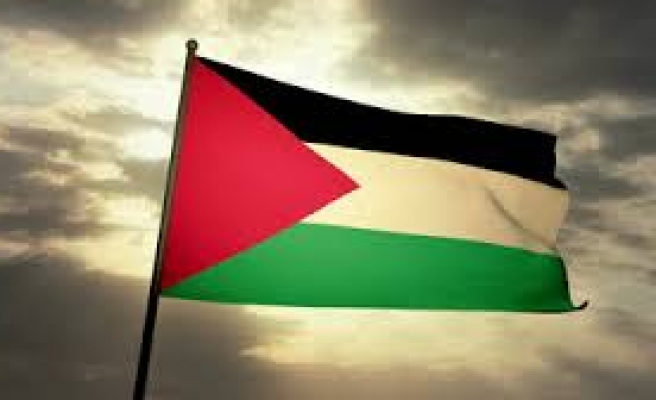 World Bulletin / News Desk
When walking the narrow streets of Al Khalil's old town, what strikes visitors is the degree of Israeli control over everything as well as the economic destruction of the heart of this once-vibrant West Bank city.

"All we want is to live a decent life but we are treated like animals by Jewish settlers," says 53-year-old Palestinian shopkeeper Jamal Maraga, one of the few business owners who has not left his premises.

Al-Khalil, which the Israel refers to as Hebron, is home to roughly 200,000 Palestinians and some 500 Jewish settlers. The latter live in a number of Jewish-only settlement compounds in the center of the city, heavily guarded by Israeli soldiers.

The presence of a large number of settler families in the heart of old al-Khalil – and the accompanying Israeli military security presence – has slowly killed off the commercial life in this part of the city, leaving entire streets looking like a ghost town.

"I have spent all my life in this store. I came here when I was only seven to join my father,” says Jamal.

“In the old days it used to be crowded and busy, but not anymore because Jews occupied so many settlements in the heart of the city. What used to be the main vegetable and food market is now the Abraham Avino settlement. They shut it down and occupied the place," he says.

Many settler families are now ensconced in homes perched on top of what was a busy market and now overlook the Palestinian residents.

Jamal says: "They occupied all the houses, even the ones on top of our shops, they rebuilt them and now they live in them."

"We built metal nets on top of our shops to protect ourselves and visitors from all kinds of garbage they dump. Sometimes that metal net won't do any good because they also pour liquid on people such as dirty water, bleach, urine, rotten eggs and all this happens in front of the soldiers' eyes."

What is left from the traditionally colorful souks in the heart of the old city is a shell of abandoned shops and houses, dirty streets, fences with barbed wire and military watchtowers.

Al-Khalil has long been at the center of disputes between Jews and Muslims, predating the creation of Israel in 1948.

Both Israelis and Palestinians have strong historical claims and religious roots in this holy land – as well as tragedies.

Many of the town’s settlers were drawn to the town due to its religious significance and they say that they returned because it was home to a majority of Jewish people before 1929.

They also say they are reclaiming property stolen from them after a massacre of 67 Jews in 1929, when a riot in the town saw Jewish homes and synagogues ransacked.

Al-Khalil is home to the Ibrahimi Mosque compound which the Jews refer to as Cave Machpelah and in Western media as Cave of the Patriarchs, believed to contain the graves of the prophets Abraham, Isaac and Jacob. Revered by Muslims and Jews.

Palestinians cannot forget the murder of 29 worshippers inside the mosque by an extremist Jewish settler Baruch Goldstein in 1994.

The Israeli authorities have kept Muslim and Jewish worshippers segregated ever since, adding to the heavily securitized atmosphere in this part of Al-Khalil.

Almost around every corner, Israeli soldiers not only control access to everything but also determine who can enter or leave the town. Transport in and out of other West Bank towns and cities – such as Bethlehem, Beit Sahour and Ramallah – is ultimately subject to passing through Israeli army checkpoints.

Israel's explanation for such a military presence is "security reasons."

The lives of both Muslim and Christian Palestinians living in city's Israeli-controlled “H2” area are extremely difficult as they face strict restrictions on movement and are banned from entering certain areas.

Some see the houses where they were born but cannot go inside as the properties are now located in areas where Israeli settlers live.

My guide Jevad was stopped at one of the checkpoints in the H2 area by two Israeli soldiers.

"You are an international visitor," said one of the young soldiers, letting me enter the Jewish quarter. When I asked him why my guide could not come with me, his response was: "I can't let him; it is the rule. He is Palestinian."

Al-Khalil is a part of the West Bank where the conflict is particularly acute. Israeli settlements in other areas, particularly around East Jerusalem, are expanding in the face of international criticism.

In recent months the Palestinian Authority has tried to gain more international recognition for a Palestinian state, in the hope of using legal action to halt the building process.

For its part, Israel points to its unilateral decision to remove settlements from Gaza in 2005. Few were forcibly removed but most moved voluntarily accepting the compensations offered by the Israeli government.

However, last year saw unprecedented international support for the symbolic recognition of a Palestinian state within the 1967 borders.

How this will affect the shopkeepers of Al-Khalil remains to be seen. As long as a legacy of mistrust is played out with physical barriers and checkpoints, the souks of Al-Khalil will remain silent.