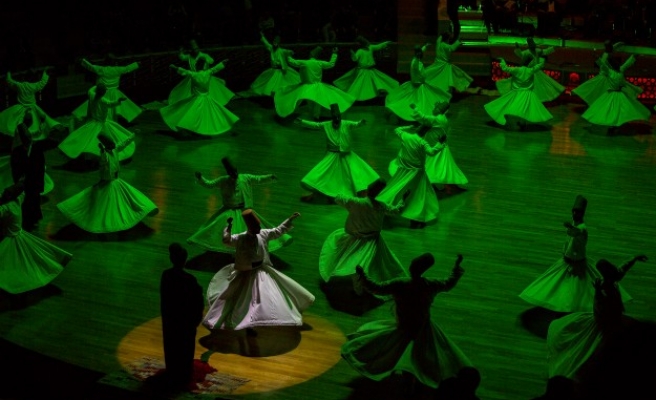 Commemorations marking the death of a 13th-century Sufi mystic began Sunday in the central Anatolian city of Konya, where he is buried.

The ceremony, also known as "Seb-i Arus" or reunion with the Beloved, celebrating the 741st anniversary of the death of Mevlana Jalaluddin al-Rumi was attended by Lutfi Elvan, the Turkish minister of transport and communication.

It began with a candle-lighting ceremony and a "love and tolerance" march in collaboration with various institutions and foundations in Alaadin Hill where the 13th-century Sufi mystic and Islamic scholar encountered his spiritual instructor, Shams Tabrizi. The candle was lit by Lutfi Elvan and Rumi's granddaughter of the 22nd generation, Esin Celebi Bayru.

"Rumi established a strong bond of tolerance between different souls. We need to read carefully and think about what Rumi said", Elvan said during the ceremony.

The "walk of love and tolerance" will end at the Mevlana Museum where children will perform a whirling dervish ceremony, followed by a traditional prayer reading near Rumi's coffin in the museum.

The Mevlana Culture Center will host a series of exhibitions concerning the Rumi ceremony between Sunday and December 17.

A total of 60,000 visitors are expected to attend.