Aizanoi, dating back to 3000 B.C., experienced its golden age in the second and third centuries A.D. and became the center of episcopacy in the Byzantine era 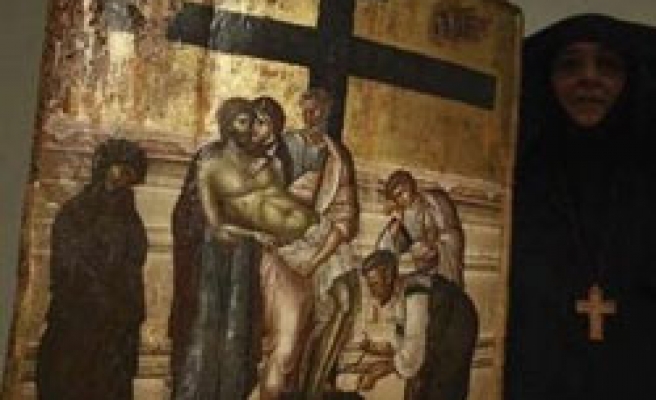 Archaeologists began this year's excavations at ancient site of Aizanoi, in western Turkey, where they hope to find new early Roman-era artifacts around the temple of Zeus.

Professor Ralf Von den Hoff, head of the excavation team from Germany's Freiburg University, said that his team --comprised of German, Turkish and Italian architects, archaeologists and historians-- planned to work until the end of September this year.

Aizanoi is located in Cavdarhisar town, some 50 kilometers from the western province of Kutahya.

Professor Hoff said that this year's work would focus on restoration of the ancient temple together with excavations at the site.

Excavations will center on the canal discovered at the ancient city three years ago, he said.

Aizanoi, dating back to 3000 B.C., experienced its golden age in the second and third centuries A.D. and became the center of episcopacy in the Byzantine era. The city is home to the temple built for Zeus which is the best-preserved temple in all of Anatolia. There is also a 20,000-seat theater and a 13,500-seat stadium adjacent to the large theater.

There are two Turkish-style baths, one of them decorated with mosaics, plus a gymnasium, five bridges on Kocacay river which are still used today, an old dam, a trading building, avenues with columns on both sides, necropolis (cemetery) areas and the sacred cave of goddess Meter Steunene.