Archaeologists say they have discovered Britain's oldest house at a Stone Age site in northern England. 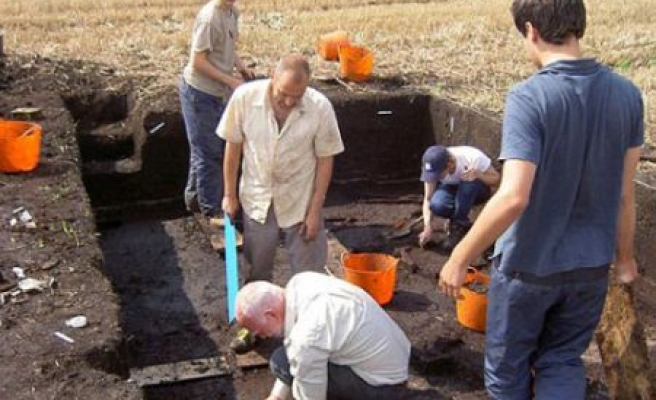 Archaeologists say they have discovered Britain's oldest house at a Stone Age site in northern England, and compared its historical significance to Stonehenge, the country's most famous ancient monument.

Researchers from Manchester and York universities said the remains of the 3.5 metre wide circular structure at Star Carr, near Scarborough, date back 10,500 years when Britain was still linked to continental Europe.

Near the house they also uncovered a large wooden platform made of split and hewn timbers extending into an ancient lake, which they said was the earliest evidence of carpentry in Europe.

Pieces of flint and antlers used for arrow and spearheads have also been found.

They said the site was inhabited by hunter gatherers from just after the last ice age, for a period of between 200 and 500 years.

"The site for archaeologists is as important as Stonehenge," York University lecturer Nicky Milner told BBC television from the dig.

"Sites of this period are just really rare, so finding things like bone and antler and wood as well is just incredible," she added.

The house, first excavated by the team two years ago, had post holes around a central hollow which would have been filled with organic matter such as reeds, and possibly a fireplace.

It predates by 500 years a dwelling at Howick in Northumberland in northern England previously thought to have been Britain's oldest.