Beyond a Footballer: Mohamed Aboutrika

If you are a footballer focusing only on your own team/league, you may not have much idea how the Turkish football league has the widespread popularity in other continents since it belongs to the European Football Federation, which has the highest quality and the highest rating in the football field. In such a case, when you hear “champions league”, your first thought, and perhaps the only one, would be the European Champions League. But there are club championships, namely “champions leagues”, in South and North America, Asia and Africa, witnessing very exciting competitions and followed with great interest across the continent. Of course, as it is here, every continent has “giant” and “dwarf” football countries… 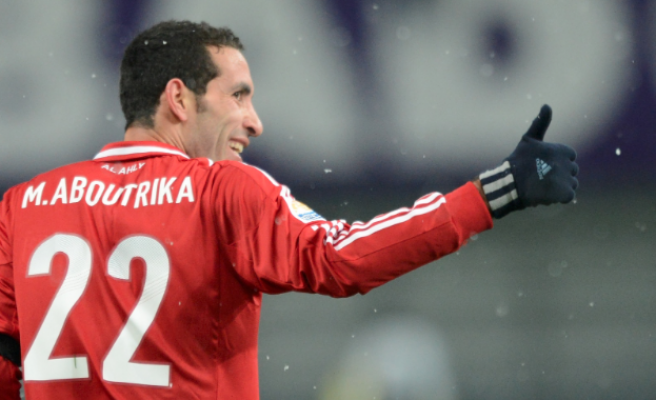 Africa, where football has great significance for most of the continent, followed with great enthusiasm in the past weeks we passed (November 4, 2017) the final of their champions league (more precisely, the final match of the two-legged final). The teams representing Egypt and Morocco, the strong football countries of the continent, had the final excitement to their country. Egyptian giant Al Ahli, the most winning team in the African Champions League, could not win the cup this time and was defeated by the Moroccan representative Wydad Casablanca.

Al Ahli, who missed the opportunity at the last minute to celebrate his 9th championship in the African Champions League, is the most popular football team in Egypt and it means a lot for the Egyptian people. Although in many countries the greatest football clubs of the country have meaning beyond just being a football club, Al Ahli is also important as one of the common values ​​of the majority of the Egyptian people who are separated by identity politics.

Al Ahli is not the only “football element” that is of great importance to the Egyptian population in general. In Egypt, when said Al Ahli and its football, there is a footballer first came to the mind just like this football club, who wears uniform of this football club for years and regarded as a common value of the Egyptian people: Mohamed Aboutrika. It would be no exaggeration to commemorate him with such qualities as “the legendary football player of the country, the hero of many Egyptians”, etc. Because he, as Bob Bradley, American football coach of National Football Team of Egpyt in 2013, said, is “not only a footballer but a highly respected person”…

We may not be familiar with the name of Mohamed Aboutrika, who is playing as an offensive midfielder and regarded as the best not only of his position but of all time among the Egyptian footballers; because he is one of the rare footballers who have not transferred from Africa to Europe despite his high ability. However, has a very respectable position regarding his personality and talent in Egypt and in the whole Arab world.

Football players who are interested in philosophy and politics and who do not hesitate to reflect their views on these issues have become famous in this regard. Just like Brazilian Socrates, Argentinian Maradona, Liberian Weah ... 1978 born Aboutrika is a football player who can be put into this category even though his name has not been mentioned in gutter press as much as those names. The fact that he was graduated from Cairo University Philosophy Department is a sign that he has a football player profile that can rarely be seen.

Aboutrika is a football player that has played in Tersana, the small Egyptian team for many years, but later became famous. When he was transferred to the the biggest team, Al Ahli, in Egypt in 2004, he was not too young for a football player, but the rise would be fast. In spite of his great talents, both because of the loyalty to the clubs he plays in and the late rise in his career, he has not been transferred out of Africa, and the successes he achieved in this continent have become an Egyptian and African legend. He was awarded 4 times from 2006 to 2013 as “Best Football Player in Africa” (this prize is given to the players who play only in Africa). These awards show his great popularity.

Gabriela Marcotti, Italian football commentator, defines Aboutrika as probably the best footballer who does not play in the leagues of Europe and South America, and if he wanted to play in the Spanish or English league, he would earn million dollars. Like winning four times the biggest cup in the continent, the successes he has achieved have reached intermittent scale and in 2006 he was able to win a bronze medal with his team at the FIFA Clubs World Cup. The fact that Aboutrika led all these achievements of Al Ahli was appreciated by the Egyptian people but what makes him a hero in the eyes of the people is humility in spite of his great popularity: In the press statement he gave as the captain of Al Ahli and chief hero of the team after the 2006 Champions League of Africa, he said modestly that “We need to stop praising one single player. The winner of the cup was the whole team, not Aboutrika himself. Without the contribution of the other players, I could not do anything. Football is a game played with a team, it is not like tennis or squash”.

Of course, the accomplishments of Aboutrika's career are not limited to the career in Al Ahli and what makes him a hero is the enormous successes he achieved while playing in the National Team of Egpyt. He led the Egyptian team to win the African Cup three times since 2006. In 2008 the victory goal was scored by Aboutrika in the match against Cameroon. In the final period of his national team career, he served as a coach to the team who went to London 2012 Olympics and also had the opportunity to show up in the Olympics.

By the end of 2013, he put an end to his career which has turned him into a legend.

Aboutrika as a social figure

As written above, Aboutrika is famous for not only being a footballer, but also for his character and activities that led to the great love of the Egyptian people. His attitude towards political events is also included.

During 2008 African Nations Cup, Egypt's third goal against Sudan was by Aboutrika and while celebrating goal he pulled up his red national team jersey to reveal white t-shirt written “Sympathize with Gaza” to protest Israel’s blockade of Gaza Strip. Because of this action, he was given a yellow card and was sent a formal warning by the African Football Federation (CAF); however, beyond doubt he gained the heart of the people. Palestinian people went out on the streets with pictures of Aboutrika and thanked him; they even celebrated Al Ahli's victories since Aboutrika is a part of the team. The players of the youth team of the Al Hilal Football Club in Gaza took the field with the Aboutrika’s No. 22 jerseys and lift flags honouring Aboutrika. In response to questions about this protest, Aboutrika, who responded to Al Jazeera, said he felt the pain of children under blockade of Israel in Gaza.

Aboutrika participated in prayers held in Tahrir Square during the revolution in Egypt and played an important role in the legitimacy of the protest movements in Tahrir.

Immediately after the Port Said Stadium Massacre on February 1, 2012, one of the most prominent events in the Egypt's recent history, he announced that he had quitted football with his two friends in reaction (he was convinced to return later) and visited houses of every victim in the massacre.

He was not also unconcerned with the humanitarian issues in his continent as an African football player and says “Every athlete has a humanistic role in society. He lives not just for himself, but also for others. I love to attend charity work and I do all the work to help poor people. I want to use football for humanitarian affairs” and “Islam struggles with the problem of poverty through zakat. We have to help the poor to prevent them from alienated in the society.” He has been a volunteer messenger of the UN World Food Program and has participated in many international aid organizations with world-famous footballers like Zinedine Zidane and Ronaldo.

The voluntary charity work of Aboutrika is not limited to poverty and hunger. He has also been involved in many activities to raise awareness about support for child cancer patients or blood donation.

Aboutrika has started sports commentary on BEIN Sports, the widespread sports channel of the Arab world, after quitting his active football career. However, when he was a football player, his name, which was not mentioned only with football, continued to be remembered with the other issues after his football career ended. In 2015, he was influenced by the sanctions of the Egyptian coup regime imposed on the opposition and his all bank accounts were frozen on the grounds that he was a shareholding of the same company with a person alleged to be a member of the Muslim Brotherhood. His objections were not sustained by the Egyptian judiciary.

In 2016, the name of the Aboutrika was in the news of the press because of a political issue since the Egyptain authorities added his name to the terrorist list. This decision knocked all of a heap around the world and has been criticized even by the supporters of the Egyptian regime.

Let me finish this paper not with the unpleasant news but with a video revealing the talents of Aboutrika, considered one of the best footballers of the Arab world and also a public figure: https://www.youtube.com/watch? v = _3qma1lguxy

And this is his Twitter address with more than 2.5 million followers: https://twitter.com/trikaofficial?lang=en