The fair will feature a general focus on German literature, culture and arts, and on Sept. 17 a special symposium will be held, titled "From Turkey to Germany: Fifty years of Migration." 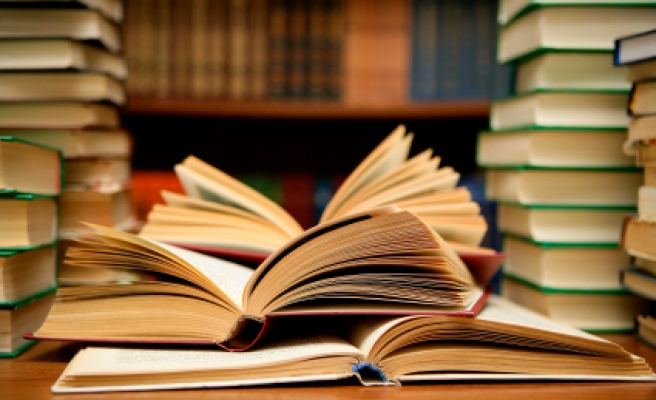 The countdown is under way to this month's Bosporus Book Fair, a meeting of publishers, writers, translators and readers in the heart of İstanbul. Now in its second year, the event, which will take place at the İstanbul Congress Center in Harbiye, promises something for everyone in a packed week-long program set to open on Sept. 15 with a screening of Ömer Asan's documentary on migration, "Kardeş Nereye? Mübadele" ("Where are you going brother? The exchange").

With 2011 marking the 50th anniversary of the beginning of the flow of Turkish Gastarbeiter, or "guest workers," to Germany, Turkey will be hosting Germany as the guest country at the fair and the theme this year will accordingly be migration.

The fair will feature a general focus on German literature, culture and arts, and on Sept. 17 a special symposium will be held, titled "From Turkey to Germany: Fifty years of Migration." The symposium was organized jointly by the fair's organizers and Cihangir-based independent research foundation the Orient Institute. Featuring lectures by prominent German and Turkish academics, the event will run from 10 a.m. to 6 p.m.

With talks and workshops to be delivered by such renowned names in the literary world as Diana Ferrus, Alexis Stamatis, Abdülkadir Abdelli, Haydar Ergülen, Mehmet Zaman Saçlıoğlu, Ulviye Alpay and Nedim Gürsel, the fair will also feature panel discussions and debates about topical issues such as how literature is being affected by developing technologies, the introduction of e-books, publishing on the Internet and Internet publishing rights.

In an exciting addition to the fair for Turkish authors, a "professional area" is to be set up during the festival period at the Congress Center, where writers will have the opportunity to meet with foreign publishers, agents and translating companies to pitch their work with a view to translation and publication.

The fair will strive to be a rich platform for intercultural dialogue: It will represent the first time in Turkey that an event has brought together all of the minority languages spoken in Turkey, with panel discussions to take place in Greek, Kurdish, Circassian and Armenian as well as in Turkish.

The 2012 Bosporus Book Fair is scheduled to run from Sept. 20-26. The guest country will be Mexico and the theme will be literature in the Spanish language.