The British Library in London has posted over a quarter of its Greek manuscripts, equating to more than 280 volumes, online. 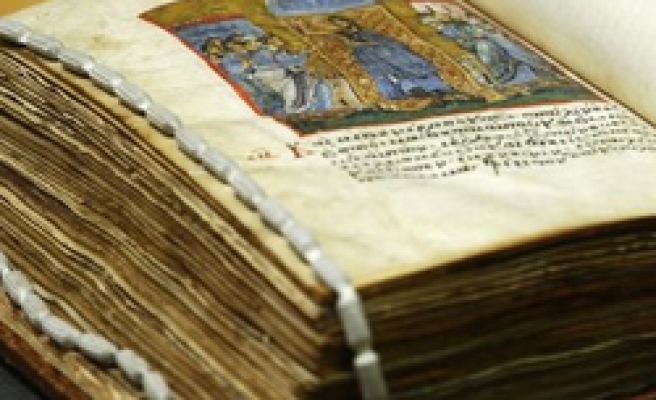 The British Library in London has posted over a quarter of its Greek manuscripts, equating to more than 280 volumes, online, the latest step towards digitising important ancient documents.

The manuscripts, freely available at www.bl.uk/manuscripts, are part of what the library calls one of the most important collections outside Greece for the study of more than 2,000 years of Hellenic culture.

The library holds a total of over 1,000 Greek manuscripts, over 3,000 Greek papyri and a comprehensive collection of early Greek printing.

They contain information for scholars working on the literature, history, science, religion, philosophy and art of the Eastern Mediterranean in the Classical and Byzantine periods.

"This is exactly what we have all hoped for from new technology, but so rarely get," said Mary Beard, professor of classics at the University of Cambridge.

"It opens up a precious resource to anyone -- from the specialist to the curious -- anywhere in the world, for free."

Highlights of the digitised manuscripts include the highly illustrated Theodore Psalter produced in Constantinople in 1066 and Babrius's fables, discovered on Mount Athos in 1842, which contains 123 Aesopic fables and was corrected by the great Byzantine scholar Demetrius Triclinius.

The initiative, funded by a grant from the Stavros Niarchos Foundation, is the latest by the library to make ancient, fragile and rare documents available to a wider public.

Other digital projects include a 16th century notebook by Leonardo Da Vinci and the 4th century Codex Sinaiticus, containing the earliest surviving copy of the complete New Testament.