The kingdom covers all of Uganda's Central Region, includingcapital Kampala, while the kingdom's subjects account for more than 20 percent of Uganda's total population of 34.9 million 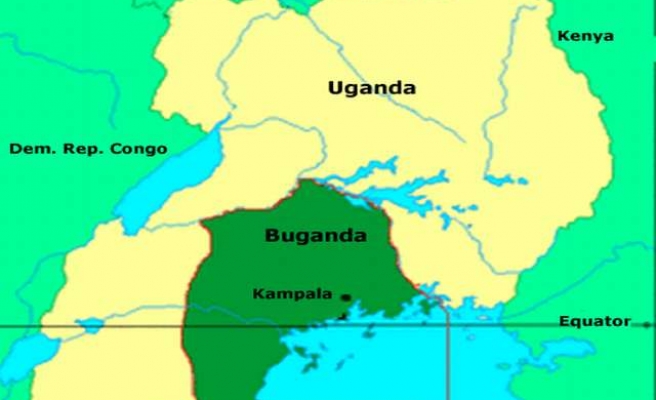 In southern Uganda lies a kingdom whose history stretches back far longer than that of the country's modern republic.

The Kingdom of Buganda, from which modern Uganda derives its name, is one of the oldest traditional kingdoms in East Africa, with a history that dates back some 1,000 years.

Today, the kingdom covers all of Uganda's Central Region, including capital Kampala, while the kingdom's subjects account for more than 20 percent of Uganda's total population of 34.9 million.

"Buganda is a kingdom even without the recognition of the central government," Buganda's second deputy premier, Semambo Mahmoud, who also serves as the kingdom's culture minister, told Anadolu Agency.

"Deep in our faith," he added, "we have the element of being a monarchy."

The king of Buganda, better known as "Kabaka," is assisted by a prime minister, known as "Katikiro" or "Kabaka Oweebweru" – a post currently held by Peter Charles Mayega.

The king appoints the premier of his choice to help him run the kingdom's affairs, reserving the right to dismiss him at any time if he fails to perform his duties.

"For us, the Katikiro is the bridge to the king," Mahmoud noted, adding that the Katikiro has an executive government comprised of 21 ministers and county chiefs.

The Buganda Kingdom also has its own parliament.

Known as the "Buganda Lukiiko," it is composed of 170 members of various ethnic groups, professional bodies, special interest groups and representatives of different areas of the kingdom.

"All these have their roles to play up to the family level," Mahmoud explained.

Local people tell Buganda's story in many different ways. This, Mahmoud explained, is due to the fact that "most of our history is not documented; it's carried on by [word of] mouth."

"Some say they are myths, others say they are factual, particularly the eras of the first 35 kings," he said.

But most versions of the story agree that the Buganda Kingdom began as a small region known as "Muwaawa" before the 12th century.

Its inhabitants, called the "Balasangeye," had lived in clans that depended on hunting.

The region was invaded by foreign clans under the leadership of Kato Kintu, who is believed to have come from Abyssinia in modern-day Ethiopia.

Kintu defeated Bemba Musota, the region's last indigenous ruler, and established the new Buganda Kingdom, of which he became the first king.

"It's said that Musota's head was chopped off and is now buried in the Nakibuuka shrine in Naggalabi [in southern Uganda]," Mahmoud said.

The shrine became the coronation site for all subsequent kings of Buganda, locally known as "Kabakas."

Islam was introduced to Buganda in the 1840s during the reign of Kabaka Ssekabaka Ssuuna.

At the time, the kingdom had welcomed Arab traders. While these were not necessarily Muslim proselytizers, it was through their commercial activities that locals embraced Islam.

"They were given a warm reception, but Kabaka Ssuuna did not convert," Mahmoud explained.

When Ssuuna died, his son Muteesa ascended the throne as the 32nd king of Buganda.

Mutesa, whose era saw the rise of both the Islamic and Christian faiths in the region, remains one of the most celebrated Kabakas.

He embraced the Muslim faith and eventually ordered all his subjects to follow suit.

Mutesa later welcomed Christian missionaries, as well, believing they would teach his people about hygiene and civilization.

He met with European missionary-explorer Henry Morton Stanley, through whom he sent a letter to England's Queen Victoria in 1875 asking her to send more missionaries.

"He also asked for the queen's hand [in marriage], asking how a woman can rule without a man by her side," Mahmoud said.

"I am here. Why don't you come and we marry and rule both countries," the letter reportedly read.

The proposal never made it to the queen, however, as the messengers failed to deliver it, according to Mahmoud.

The kingdom of Buganda received a blow in 1962, when Uganda gained its independence from Britain.

Shortly afterward, the ruling Uganda People's Congress, under the leadership of late president Milton Obote, abolished all forms of kingship in the East African country.

A political crisis erupted in 1966, when Obote's army attacked the Lubiri (Buganda's royal palace) with the intention of arresting King Muteesa II.

The Kabaka was able to elude capture, and – with the help of several loyal supporters – managed to escape into exile, effectively ending monarchism in Uganda for decades.

It was not until 1993 that traditional kings, including the king of Buganda, were restored in Uganda after incumbent President Yoweri Museveni assumed power following a coup against Obote.

Mutebi II, the British-educated son of Muteesa II, returned to Uganda in 1986 following 20 years of exile to take up his inherited post as king.

The kingdom currently enjoys a large degree of autonomy from the central government.

According to Mahmoud, Buganda underwent several political reforms before reaching its present state: a monarchy within a state.

"It [the kingdom] doesn't have political powers; it doesn't have an army; it doesn't take taxes from its people like before; and the king is answerable to the president of the country, which was never the case before," he told AA.

"We are firm believers in the federal arrangement, by which we share powers with the central government," said the kingdom's deputy premier.

He went on to assert, however, that the Buganda government planned to continue pressing the central government for more autonomy.

"We think, as the people of Buganda, that we can decide on things, like our culture, our traditions, the way we want to raise our children and how our people should behave," Mahmoud said.

"There are a lot of freedoms that the central government can give to the people, while our norms would restrict us," he added.