Libya's capital city of Tripoli has suffered much destruction and as a result the Karamanli Ahmet Pasa mosque has been closed. 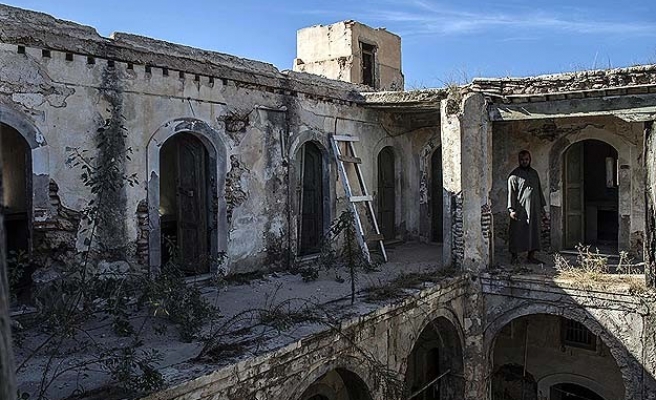 After Gadafi was overthrown, the civil war that proceeded left Libya with no governing authority leaving many historical places in ruins. Taking place in October the civil war that occurred in Tripoli has left the Ottoman era monuments ruin near the Red Fort, and  a grave near the Karaman mosque's courtyard as well as 50 graves in the vicinity of it in ruins.

The Anadolu Agency journalists were able to view the inside of the courtyard after gaining special permit to enter the venue. Although the mosque is open for worship, the courtyard that has a double storey Islamic theology school as well as the grave of Karamanli Ahmet Pasa  and the graveyard is closed for visitors.

The courtyard that appears completely empty has wooden boards placed up on the graves placed there by mosque officials. Some graves appeared to have concrete poured over them. It was also observed that  there were graves with Ottoman Turkish inscriptions, with the fate unknown of those who have passed.

The muezzin of the mosque who is of Turkish descent Abudsselam el-Topci said that with the limited resources at hand were trying to maintain the mosque and the works and would begin restoration work of the social complex when they have enough funds.

Within the graveyard are the graves of those who held important positions during the Ottoman reign, Ottoman princes and their families and past soldiers. The graves have been ravaged and attacked at nights, and Turkey had requested Libya to take measure to prevent further damage to the tombs.