Al-Zahiriyya Library and al-Madrasa al-Zahiriyya has been played an important role in the scholarly life of Damascus. The number of manuscripts is 15,000, while the number of printed works has reached almost 100,000. 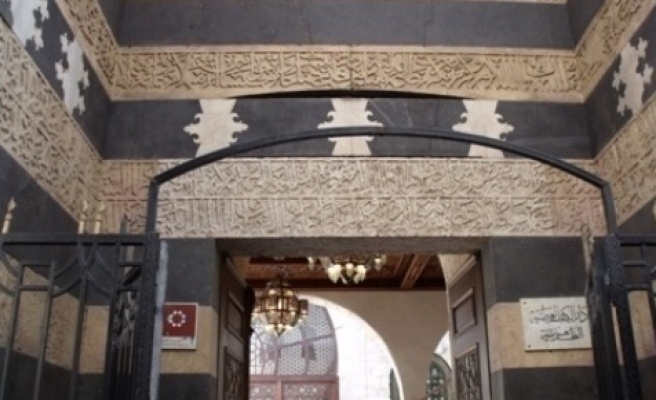 Al-Zahiriyya Library is known by this name because it was originally set up as Al-Madrasa al-
Zahiriyya, built by the Mamluk Al-Zahir Rukn al-din Baybars al-Bunduqdari, or Baibars I
(1260-1277), in the center of Damascus. The library is located in the center of the city, which
is near to the Umayyad Mosque, Damascus Castle, Al-Malik Al-Zahir Hammam, in the Al-
Imarah region, on the side of Bab al-Barid, and in the opposite of the Madrasa al-Adiliyyah.
Al-Madrasa al-Zahiriyya has been played important role in the scholarly life of Damascus and
it is one of the most beautiful madrasas constructed during the Mamluks era. Al-Malik Al-
Zahir Baibars and his son, al-Said Barakah, were buried in an elaborate mausoleum with a
high dome.

Al-Madrasa al-Zahiriyya was turned into a library in 1877 by Sheikh Tahir al-Jazari and Salim
al-Bukhari. Sheikh Tahir began to work with his colleagues to collect manuscripts and bring
them to the library. Sheikh Tahir al-Jazari, in this library, collected 2453 rare artifacts for this
library and then the library was named as Kütübhane-i Umumi (The General Library) and in
1881 it was opened to public. The fact that Mithat Pasha, the governor of Damascus, took
the authority to collect books devoted to various madrasas in the region, with an edict he
received from the sultan, also played a crucial role in the expansion of the library collection.

The names of these libraries were included in the catalog of the Mektebe-i Umumi published in 1899.

Later, the books were increased in number with various donations, and manuscripts have reached to the number of almost 15,000 and
the number of the printed works exceeds 100,000.

The books in the Zahiriyya Library, along with the books collected from other rare collection libraries, were transferred to the al-Asad Library, which was opened in 1984. All of the rare works were repaired and the manuscripts were microfilmed.

It has been said that from the political turmoil happened in the recent years the manuscripts have not affected. We hope that the manuscripts will continue to be protected from looting and this important cultural heritage will be transferred to the future generations.