Prosecutor said he had referred 11 officials of Egyptian Culture Ministry to court to be charged with negligence that led to the theft of a Van Gogh painting. 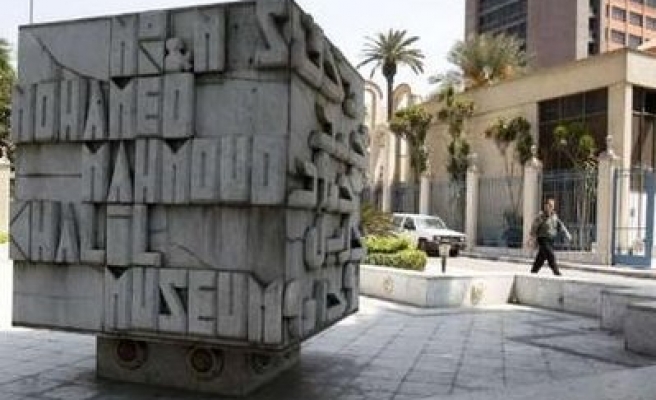 Egypt's general prosecutor said on Monday he had referred 11 officials from the Culture Ministry to a Cairo court to be charged with negligence that led to the theft of a Van Gogh painting worth an estimated $55 million.

The painting, known in Egypt as "Poppy Flower" and listed on art websites as Vase with Viscaria, was stolen last month from the Egyptian capital's Mahmoud Khalil Museum, home to one of the Middle East's finest collections of 19th- and 20th-century art.

The prosecutor referred the officials to a court in Dokki, the central Cairo neighbourhood where the museum is located, he said in a statement. The court's first session is scheduled for Sept. 14.

The Mahmoud Khalil museum houses works assembled by Mohammed Mahmoud Khalil, a politician who died in 1953, and includes paintings by Gauguin, Monet, Manet and Renoir, as well as the Dutch post-Impressionist master Van Gogh.

An early investigation of the theft showed "flagrant shortcomings" in security, with only seven out of 43 security cameras working properly, state media said.

Egyptian billionaire Naguib Sawiris has offered a 1-million Egyptian pound ($175,300) reward for information leading to the recovery of the painting.