At the core of "Discovering Tutankhamun" are photographs, drawings and other records from the university's Griffith Institute 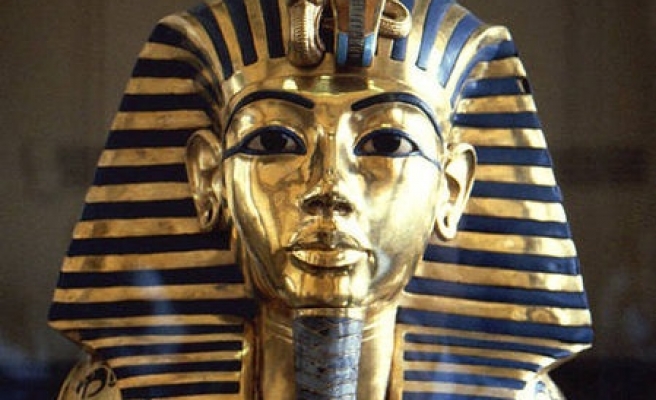 Egypt's "boy king" Tutankhamun has gripped the imagination since his tomb was discovered in 1922, and a new exhibition tells the enthralling tale of how archaeologists unearthed and recorded the contents of his 3,000-year-old resting place.

"Discovering Tutankhamun", at Oxford University's Ashmolean Museum until Nov. 2, takes visitors through the drama of how Howard Carter found a step leading down into the sand in the Valley of the Kings to the opening of the tomb and the painstaking unwrapping of the king's mummified body.

Along the way, the exhibition places the discovery in the political context of Egypt's struggle for independence, looks at the cultural impact that turned Tutankhamun into something of a Hollywood star and at the origins of the legend of "the pharoah's curse".

Unlike some previous Tutankhamun exhibitions, the Ashmolean show does not include masses of gold treasures - many of those items never leave Egypt.

At the core of "Discovering Tutankhamun" are photographs, drawings and other records from the university's Griffith Institute, marking its 75th anniversary this year, of the thousands of artefacts jumbled in the tomb.

"Our initial thought was to mark the moment just by showing some examples from their most famous archive, the Carter archive," said Paul Collins, who curated the exhibition with Liam McNamara. "But then we thought there were many other stories we could tell, and the great story is the process of surveying the tomb of Tutankhamun and its impact on the wider world and our understanding of Egypt."

Tutankhamun died, of causes still disputed, in about 1322 B.C. at around 18, having reigned for nine years. He lived in turbulent times and many of the monuments he left behind were usurped by his successors. So why does he have such a hold on the imagination?

Collins thinks it is partly due to when the tomb was found. World War One was over, economies were picking up and international travel was growing. Mass media fought to cover the story and it was the heyday of Hollywood.

"King Tut" inspired fashion and furnishings, included in the exhibition, based on motifs from the tomb, novels, films and even a song called "Old King Tut was a wise old nut".

"It's the first time you get fashion and tourism coming together, and Tutankhamun becomes in a sense a Hollywood star," Collins said.

For Egyptian nationalists, who won nominal independence from Britain in 1922, Tutankhamun became a symbol of national identity. Political disagreement over access to the tomb meant Carter had to stop work for a year.

The opening of the tomb also gave rise to tales of the "pharaoh's curse" - a myth fed by the death in 1923 from blood poisoning, after he cut himself shaving, of Lord Carnarvon, who had bankrolled the work.

For all the focus on Tutankhamun, areas of his life and death remain a mystery. Much work remains for scholars. Collins said that only 30 percent of the contents of the tomb had been studied in detail.