The Wang family arrived in Istanbul in 1955 with his eight children. Wang began work as a lecturer for Chinese but with the low salary decided to open Istanbuls first Chinese restaurant 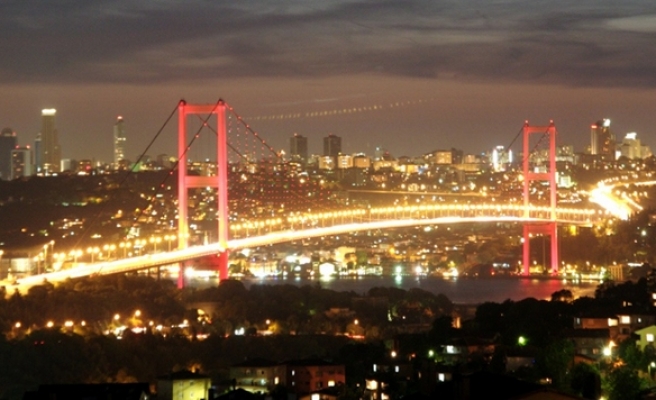 One of the most least known but enduring multicultural faces of Istanbul would be that of the Wang family. Having set up the first Chinese restaurant in Istanbul over fifty years ago, the legacy left by the father of the family is a success story that has made its way through China, Pakistan and Turkey.

A gravestone with Chenese characters is one of the most least expected things that you will find at Edirnekapi cemetery in Istanbul. Celaleddin Wang, was a Chinese Muslim born into an intellectual framily in the Sichuan province of China in 1903.  After developin an interestt in Arabic and Turkish languages at university, he visited Istanbul, studyig history and graduating in 1931. Represening his country as a delegate over many years he finally left in 1949 with his family and 200 soldiers, embarking on a two months journey crossing the Himalayas before finall settiling in Pakistan where he lived for 6 years.

After accepting an invitatin from wellknown Turkologist Zekiki Veligi Togan, the Wang family arrived in Istanbul in 1955 with his eight children. Wang began work as a lecturer for Chinese but with the low sarlary decided to open Istanbul's first Chinese restaurant in Cagaloglu with friends from Turkmenistan.

Although the business flourished, the other partners decided to exclude Wang from the business he helped establish. Undeterred, Wang opened another restauarent in Taksim, now the Lamartin Cafe at 22 Lamartine Road, whilst continuing his academic position at the same time. Those studients under his tutelage were amongst Turkey's first lecturers in the lanaguage.  Wang's son, Isa said his father passed away in 12963 and explaines that “This shop used to belong to the late poet Ozdemir Asaf, which was a publishing house, “even the shelves used to belong to him”.  Until his death, Celaledding Wang worked in the restaurant and his life used to rotate between the resutantk the children's school and their family home. Isa explains that although they went through so much hardship, his father instilled in all of his children the importance of educaiton and encouraged their curiousity by questioning. “What is this” was the first thing our father taught us, says Isa.

Celaledding Wang's eight children – Makburle, Isa, Halim, Rosey, Feride, Heriman, Kurban and Saadet – were all encouraged  to learn foreign languages  and he sent three of his children to French schools, one to a German aschool, three to English schoola dn one to an Italian school – his oldest daughter now lives in Taiwan married to a Turkology professor, Rosey lives in Malaysia conductiong research on the Chinese diaspore, Neriman in Mexico and the remaining children live in different areas of Turkey.  Isa, after divorcing his first wife opened another Chinese eresutaruant in Kadkoy.  Celaleddins wife, Fatma contributed to the creation of many of the Chinese dished on today's menu. With no pork products on the menu, the meny has been adjusted slightly – meaning adding only more meat to dishes that suit the Turkish palate. She now spends her days at Sariyer, a proud mother of 22 grandchildren and 3 great grandchildren.

Their story is now part of Istanbuls multicultural idnentity and that despite hardship, one should persist and remain hopeful, contributing to the society that one lives in.