Several Turkish companies, restaurants, schools and service providers would be participating at the event. 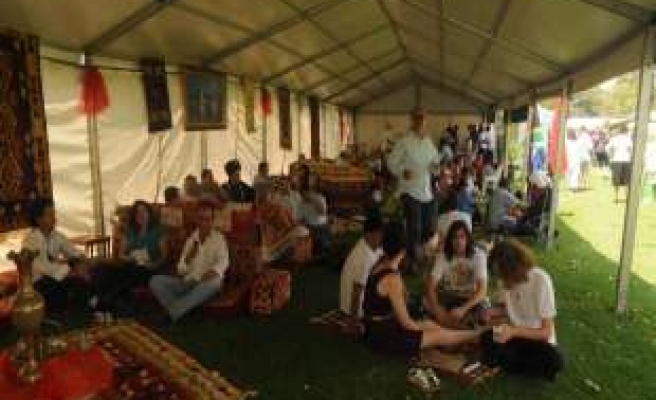 The Turkish community in South Africa will organize the fourth Turkish Culture and Food Festival on October 12 and 13 at the Zoo Lake in Johannesburg.

"Apart from generating awareness about Turkey and bringing the richness of its products and people closer to residents of Johannesburg, the festival also aims at promoting unity in diversity, as this is the official motto of South Africa," festival coordinator Serkan Ergul told Anadolu Agency.

Ergul said that several Turkish companies, restaurants, schools and service providers would be participating at the event.

He added that there would also be a performance by the Mehter Band, which for centuries had accompanied the marching Ottoman army into battle.

"Mehter music was a symbol of sovereignty and independence, and its ardent sounds instilled the soldiers with strength and courage," Ergul said.

Turkish calligraphy, too, will be exhibited at the two-day festival, the event coordinator added, along with the distinctive marbled papers produced by Ebru artists.

Ergul said the festival's organizing committee was headed by the South African-Turkish Business Association (SATBA) and supported by other organizations established by Turkish nationals in South Africa.

Ergul said the guest of honor would be South African Arts and Culture Minister Paul Mashatile.

"Many other important guests will be at the function," Ergul said.

He went on to laud bilateral relations and cooperation between Turkey and South Africa.

Ergul said that South Africa's Turkish community, estimated at 3,000, had joined hands with the South African business community to establish SATBA with the stated aim of strengthening and promoting bilateral business, trade and investment relations.

"SATBA's primary focus is to engage with the business fraternity in big-scale business meetings and thereby build trade bridges through solid partnerships with business organizations which share our vision," Ergul explained.

He went on to say that the association had undertaken and facilitated successful trade missions with established business organizations to and from Turkey over the past few years.

SATBA has national and international business partners, including the Confederation of Business and Industrialists of Turkey (TUSKON), Turkey's largest business association with 150 affiliates operating in 80 different Turkish provinces.

Trade volume between Turkey and South Africa was estimated at $1.7 billion in 2012 in favor of the latter.