Turkish researchers plunged into the waters of Lake Iznık to investigate the 1,600-year-old basilica. 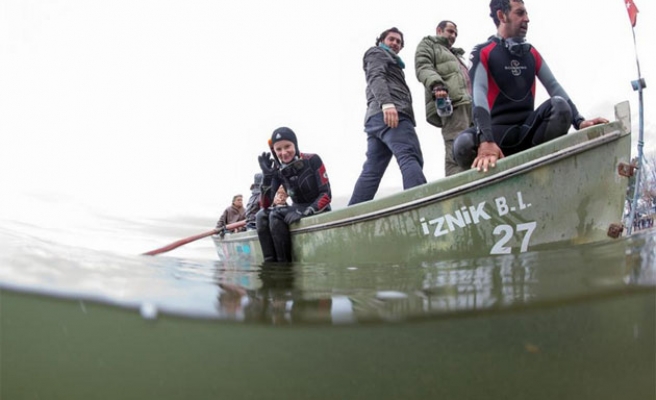 Turkish researchers plunged  into the waters of Lake Iznık on Monday to investigate the ancient basilica which was discovered last month.

The basilica from the ancient Roman period was discovered two meters under the lake, in the north-western province of Bursa.

The Governership of Bursa invited director Tahsin Ceylan to display the historical ruins.

The first photographs of the historical site have now been released to the media.