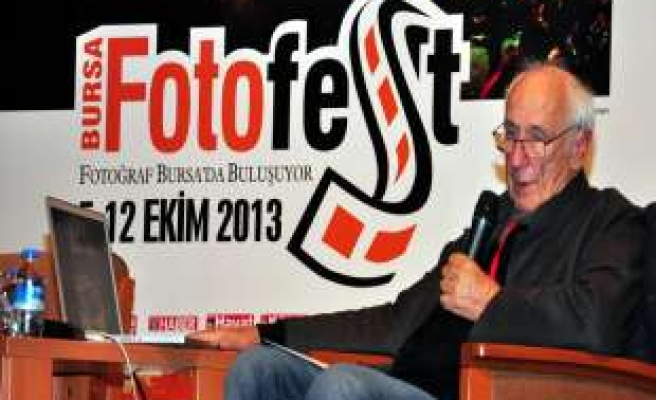 Being in Turkey's Bursa city as a guest of "Third International Photography Festival in Bursa" Hoepker told his photography memories with famous boxer Muhammad Ali and said he had the opportunity to take each scene of him during a boxing match.

"It was an incredible thing to approach him that much. I had the chance to know him well. He was quite healthy, athletic and strong [...]He spent most of his income to Muslims," Hoepker said.

Hoepker also noted that he had managed to take the photo of one of Ali's three fists intended to the objective of his camera and added that one became a 'legendary' afterwards.

"One day, we stopped on a bridge while driving. I required him to wear off his shirt and jump. He accepted it and did and I took another unforgettable photo of Ali. I met him several times during the years, even after he suffered from the parkinson disease. I showed him the old photos, but he did not remember those. Last year, I met him once more and reminded him our old times, however he said that he did not remember those. It was tragic," Hoepker said.

Hoepker added he was working on some books and regulated his photo archive.